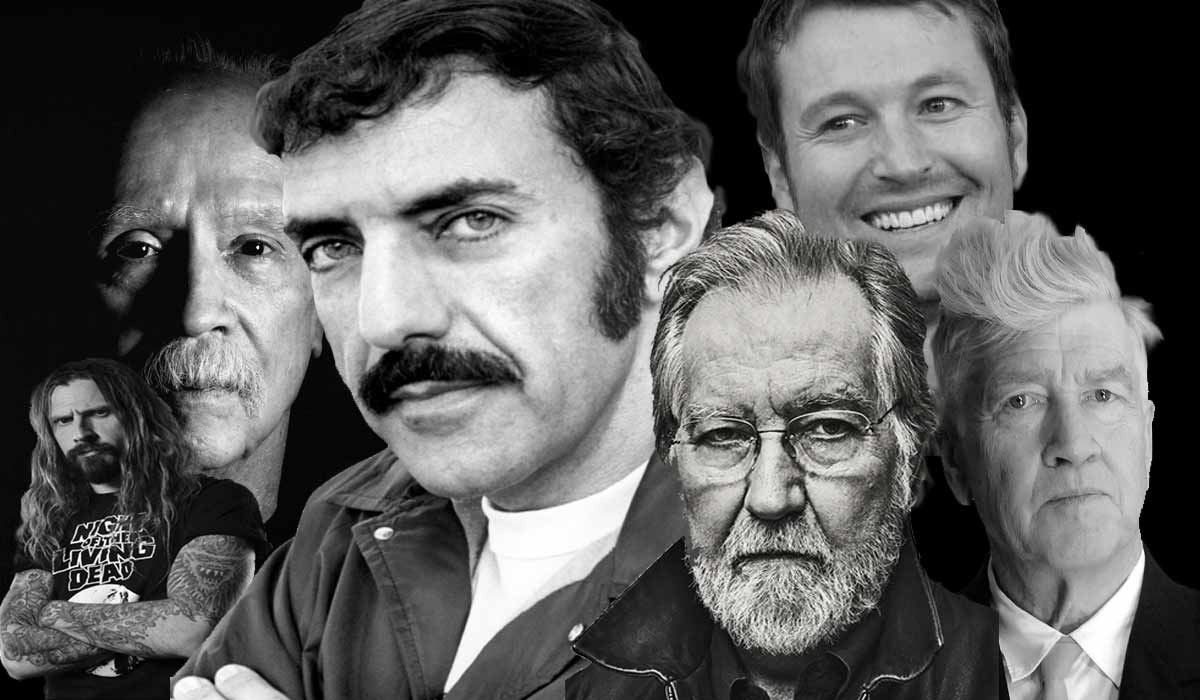 Thank You January for bringing us these Horror Icons!

Although January may not be a month most people associate with horror, it can be credited with ushering in some very special people onto our plane of existence. So as the month comes to a close, I would like to extend a very heartfelt Happy Birthday to five people who have contributed largely to the genre and filmmaking as a whole.

Although he is often thought of as a bit of an acquired taste, it's hard for anyone to argue that the man does not have style. Ever since he switched gears and embarked on what has now become more than a decade long career in the film industry, he has been a force to be reckoned with. His death metal roots, and long time love of horror films have carved out a place for him among the most unique voices working in the genre today. His most recent film, 31 is currently streaming on Shudder, VOD and available on DVD/Blu Ray.

During his long and prolific career, John Carpenter is about as close to royalty as it gets in the horror community. From Halloween, to They Live, Carpenter has proven himself a master of his craft. As his films become more socially relevant than ever, he seems to have been almost prophetically before his time. Beyond filmmaking, Carpenter is a very talented musician, (and Screamfest Advisory Board member) and is just finishing up a world tour for his second studio album, Lost Themes II.

The visionary writer behind Saw and Insidious, Leigh Whannell has more than proven himself as a unique and talented storyteller. Rarely does a storyteller enter a genre so strongly and firmly seat themselves in the minds of fans. Whannell often appears in the projects he writes, where he showcases his natural screen presence. Most recently, he held his own (and then some) within the ensemble cast of the horror-comedy Cooties, which he also co-wrote. To further solidify his reputation as a triple threat, Whannell has recently branched out and tried his hand at directing with the third installment of the Insidious franchise.

In the history of cinema, it is difficult to find a more unique and influential filmmaker than David Lynch. His long and colorful career spans more than three decades and has had an enormous bearing on generations of storytellers that have followed. Though not a "horror" filmmaker, per se, it's tough to think of many things scarier than Jeffrey's journey in Blue Velvet, or Laura Palmer's violent end in Twin Peaks. More than a filmmaker, Lynch is a true artist who also paints, sculpts and records music (which itself can be rather terrifying at times). New episodes of Twin Peaks will be airing on Showtime May 21.

Blatty is more of an honorary mention for this list since he passed on January 12, only days after his 89th birthday. Blatty is best known for authoring The Exorcist and later writing and directing the cult favorite The Exorcist III, based on his novel Legion. With the recent release of The Exorcist III: Director's Cut, the film has been garnering a new appreciation and has proven itself a strong stand-alone addition to the series. Blatty was a passionate human and powerful writer whose legacy will continue to inspire for generations to come.