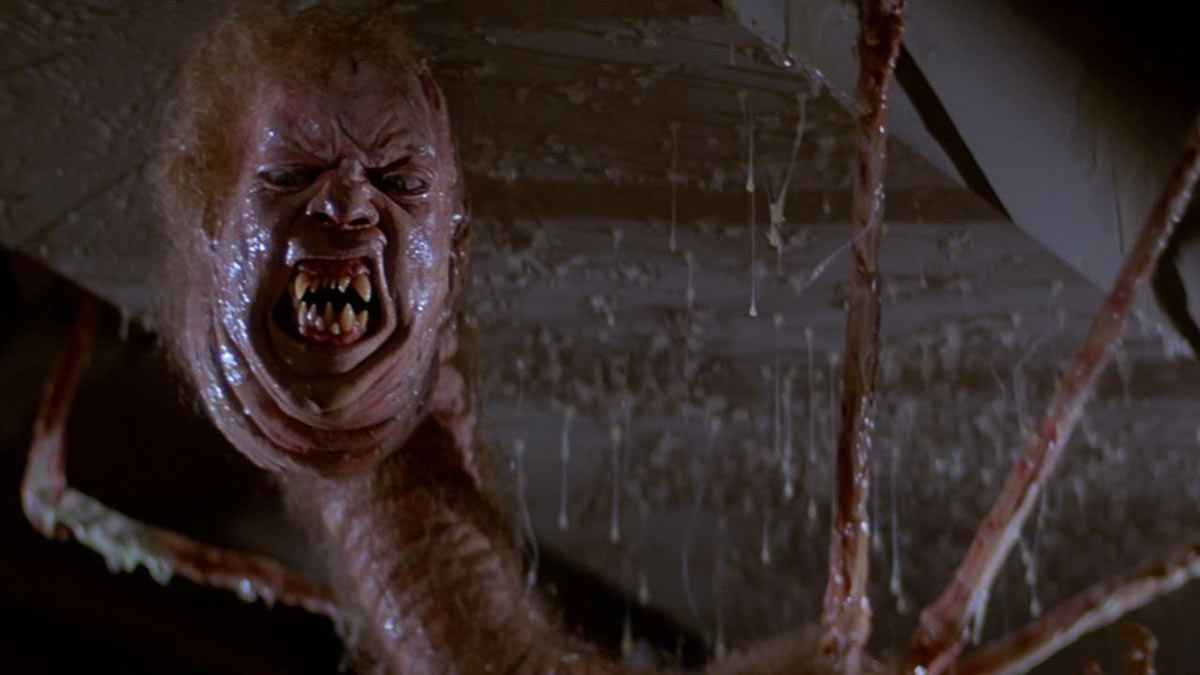 The Return of the Creature Feature

With the breakout success of Stranger Things and the plethora of 1980’s inspired genre fare popping up recently, it seems as though we have been indulging in a certain level of what I like to call "nostalgia porn". These 80’s throwbacks have saturated the genre over the past several years and don’t seem to be stopping any time soon. But what is it about this era of horror that we all find so appealing, even to those of us that were not even alive yet? Horror films in the 80’s benefitted from a very special window of freedom. Horror was popular enough to get decent funding and also offered filmmakers a substantial amount of independence from studio involvement. They could let their imaginations run wild and they began to have the technology to back it up. This was the era when the Special Effects legends we all know today first appeared on the scene. This past weekend, I attended Monsterpalooza in Pasadena. This convention is based largely on the special effects world, and is attended by some of the best in the business. As I sat in a panel about the vampire designs of The Lost Boys with the SFX team from the film talking fondly about how they created these iconic looks, I became even more solidified in my support of practical effects in today’s films. Every year Monsterpalooza grows and with it a new generation of SFX artists and new technologies make using practical effects more of a possibility for filmmakers everywhere. Because no matter how far we get with CGI, there are some things a computer just can’t compete with. Practical effects, especially creatures, are an ongoing topic of argument between filmmakers and studios due to their high financial risk. But thankfully, the independent world seems to be recognizing the importance of practicals and how, with a bit of extra time and effort, can be more cost effective than ever before. So with the resurgence of these 80’s nostalgia packed productions and the persistence of modern filmmakers, I think creature features may be due for a comeback. So in my campaign for this trend, I have put together a list of films made within the last five years that have executed their practical effects exceptionally within the confines of their limited budgets.

Almost Human (2013)
The debut feature film from writer/director Joe Begos is indie to its core. Shot in his home state of Rhode Island Almost Human blends alien abduction with slasher film and endearingly wears its influences on its sleeves. Taking place in the fictional town of Derry, ME, an homage to Stephen King’s IT, Seth (Graham Skipper) and his friend Jen (Vanessa Leigh) decide to investigate the disappearance of their friend Mark (Josh Ethier) after he mysteriously vanished in a flash of light two years prior. However, their endeavor becomes more complex when a string of grisly murders ripple through their small community and they begin to fear their old friend may be involved. Shot on a shoestring budget with the help of his friends and family, Almost Human represents the passion fueled guerilla filmmaking that many film veterans recall fondly of their early careers. It includes references to everything from Evil Dead and Xtro to the body horror of David Cronenberg. The effects throughout were fully practical, with director Joe Begos claiming that it was in fact cheaper than if they had done any digital effects. It is an excellent example of what can be accomplished with a bit of passion and drive and further proves that money is not always necessary to accomplish effective creature effects.

Late Phases (2014)
I cannot describe Late Phases as anything less than criminally underrated. This werewolf flick is an existential look at the process of growing old and entering the final stages of life and the different ways we deal with that as humans. When I first came across it at the Seattle International Film Festival back in 2014, I chose it based on the short synopsis written in the program. It described a film about Ambrose (Nick Damici) a blind veteran who moves into a retirement community that comes under siege by werewolves. The potential campiness of the premise was right up my alley. However the film was not at all what I expected. For one thing, it is surprisingly elegant. This is mostly due to Nick Damici’s incredible performance as Ambrose. He portrays a once heroically competent man who is now stubbornly facing his own mortality. The design of the werewolves is gratifyingly old school, reminiscent of American Werewolf in London. With the expertise of effects legend Robert Kurtzman the film created a fresh look for an old school favorite and put it in a rarely used setting. 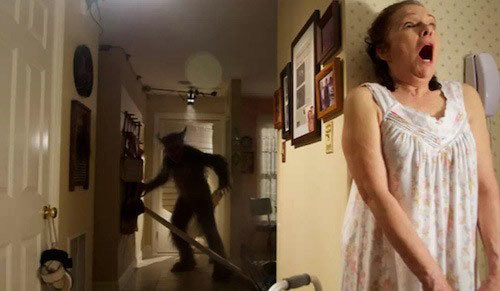 The Monster (2016)
The Stranger’s director Bryan Bertino expertly juggles character drama and old school monster movie. The Monster easily made my top 10 list of last year. It’s a rather bleak story of Kathy (Zoe Kazan), a young woman who struggles with addiction and her daughter Lizzy (Ella Ballentine). The two embark on a road trip to take Lizzy to her father’s house when they experience and unexpected car crash, stranding them on a dark road in the middle of the woods. It takes the simplicity of a standard creature feature and adds grit with well-written characters and stellar performances from both lead actresses. Despite the title of the film, the monster acts as more of a plot device for the mother and daughter to explore their complex relationship. Yet, it mastered the subtle balance between what you do and don’t see of the monster. The creature design is a beautiful tribute to H.R Giger’s Alien yet still maintains its originality. Bryan Bertino is a visual storyteller through and through and his decision to leave the creature without any backstory or explanation was surprisingly satisfying. He left the creature shrouded in mystery both visually and expositionally. Director of Photography, Julie Kirkwood’s beautiful cinematography maintains the atmosphere of the location, making it feel very much like the two girls are trapped in some contained location (like a spaceship). Bertino has a knack for exploiting the unpredictability of life and how people are sometimes simply in the wrong place at the wrong time. There is a dark realism to his films that worked surprisingly well with his unidentifiable creature and I am looking forward to what he decides to tackle next.

The Master Cleanse (2016)
I had the pleasure of attending The Master Cleanse at its LA premiere at Screamfest last year with star Johnny Galecki and writer/director Bobby Miller in attendance. This film benefitted highly from the theater experience largely because I got to see the excellent creature designs larger than life. Galecki stars as Paul, a depressed guy who decides to attend a mysterious spiritual retreat in an attempt to get his life together. As the retreat progresses, Paul quickly realizes that he may be facing some of his demons more literally than he intended. This film could not be more different than The Monster in terms of tone. It is downright fun and the creatures quickly become the stars of the film. This is due in large part to the use of practical effects on set. The design gives the creatures an organic feel that we can connect with on a more organic level. There is often a distinct difference in actor’s performances when they have something real to react to and in a film such as this, that is a very important tool. In the Q&A following the film, the director expressed how difficult and time-consuming building and working with the creatures was but ultimately it was necessary. The Master Cleanse is a quintessential creature feature in the sense that it takes abstract human fears and emotions and gives them a literal manifestation. This film just adds a subversive element of humor and compassion as an added bonus. Be sure to check out Miller’s short film TUB that also features some pretty fun practical effects. 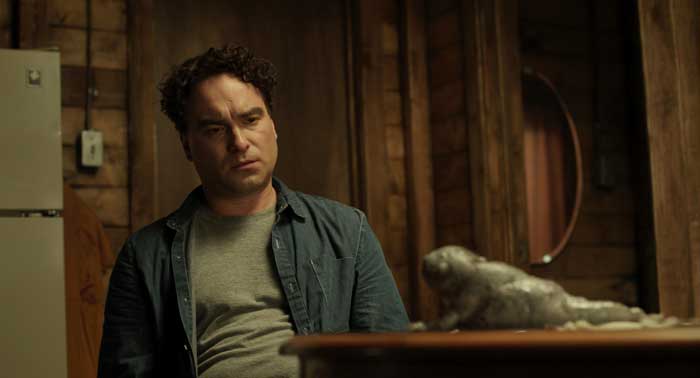 The Void (2016)
The most recent film on the list, The Void is exactly the type of film we needed to usher in the new school of creature features. It is a beautifully visual feature debut for co-writer/director team Jeremy Gillespie and Steven Kostanski. This comes as no surprise since Gillespie has an impressive resume in the Art Dept for some major Hollywood productions and Kostanski is an accomplished special effects artist. The film’s creatures were largely funded by a successful indiegogo campaign that vowed to put the money towards extended preproduction for the creature effects. The result was some of the best creatures I have seen well…ever. The Void tells the story of a small town cop who finds an unconscious man on the side of the road and brings him to the nearest hospital, which had recently suffered a fire. The skeleton crew in charge of getting the hospital’s affairs in order, along with the officer and a few unexpected guests, quickly realize there is something sinister going on when, after the officer arrives with the mysterious man, a group of hooded figures with knives surround the isolated hospital and the group begin to discover a more sinister presence locked in with them. With some serious throwback inspiration from films like The Thing and Hellraiser, the creature designs are visceral and surprisingly diverse throughout the film. There are a few moments of CGI in the film that only serve to separate the tactile gore of the creatures with the foreign feeling of the “abyss”. My biggest complaint is that I didn’t feel like I got to see the creatures as clearly as I wanted to and that is only because I think the designs were so well done that they did not need to hide behind lighting and camera tricks. Kostanski and Gillespie took an incredibly ambitious vision and beautifully executed it. I only hope they keep supplying killer monsters and younger filmmakers follow suit.

Playing it safe in horror is counterintuitive and as independent films gain more traction and accessibility, filmmakers are feeling more comfortable taking risks and being more rebellious in their methods. It’s about time that we go back to the age before franchises and formulas when filmmakers could take their crazy visions and go balls to the wall with them. I think if anything can be taken from this list, it’s that ambition is finally being rewarded and that, as consumers, if we want these practical effect driven films to continue, we have to put our money where our mouths are. Donate to those campaigns, go see them in theaters, pay for the blu ray. Support these films in any way you can because Creature Features deserve another shot.