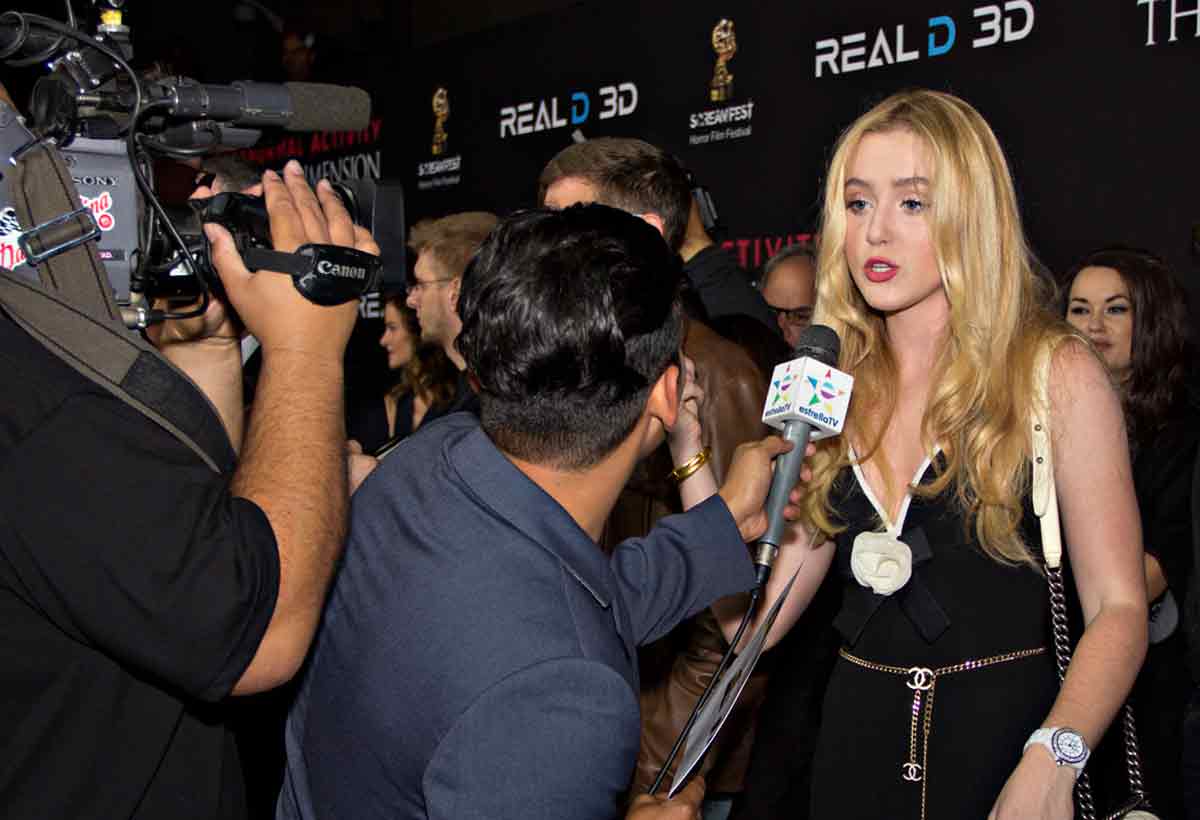 Paranormal Activity: The Ghost Dimension premiered as the closing night film of the festival to over 700 attendees, playing in RealD 3D at the TCL Chinese Theatre Thursday, Oct. 22, the day before its wide release.

The premiere featured a red carpet with an impressive pre party held in the orange courtyard. Those fortunate enough to have the right ticket in hand got access to trendy food trucks, a pop up candy store, free tee shirts, and a dj pumpin the jams and handing out some killer raffle prizes.

The first Paranormal made its debut at the festival in 2007 so it was fitting that the final installment would conclude the festival. Screamfest founder and festival director Rachel Belofsky presented Oren Peli a gold skull trailblazer award prior to the screening.

"We are thrilled to have the Paranormal Activity: The Ghost Dimension premiere close this year's festival," said Screamfest founder and festival director Rachel Belofsky. "We are so proud of Oren Peli and his success with the franchise. It's great to have him back in the festival where it all began."

"It's incredibly exciting, and somewhat surreal, to premiere the final installment of the Paranormal series at Screamfest where the first film premiered eight years ago," said Peli "These films continued to be made because of the incredible fans that supported them from the very beginning, so I look forward to bringing the series back to its roots to honor them.