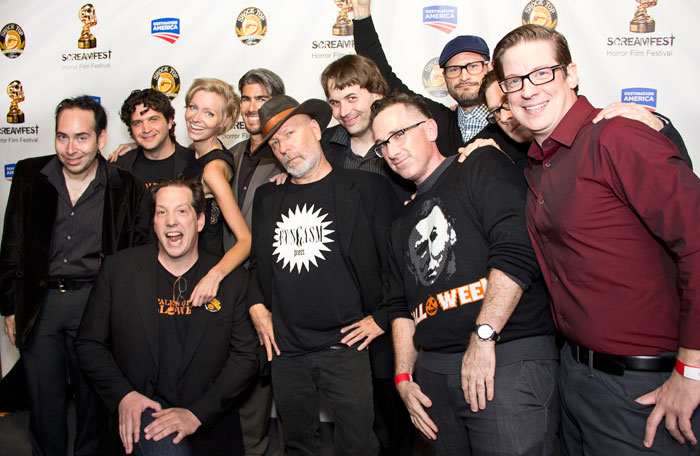 Dread Central Attends the Screamfest Premiere of Tales of Halloween

Posted on October 14, 2015 by Sean Decker
Last night the highly anticipated Halloween-themed horror anthology Tales of Halloween (review) held its Los Angeles premiere to a packed house at the kick-off of the 15th annual Screamfest Horror Film Festival, and we were there to document it. Read on!

Comprised of ten tales of terror written and directed by “The October Society” (a gathering of some of L.A.’s more respected indie horror filmmakers, who hatched the film’s concept at the infamous Jumpcut Café in 2014) and releasing to select theaters and through video on demand this Friday, October 16, via Epic Pictures, Tales of Halloween debuted to a standing room-only crowd and to thunderous applause.

Also on hand to lend their support were Unnatural director Hank Braxtan, original Night of the Demons filmmaker Kevin Tenney, the Wrong Turn series’ Declan O’Brien, Blumhouse’s Jason Blum, and well, basically too many others to count. Check out our overflowing image gallery from the night below.