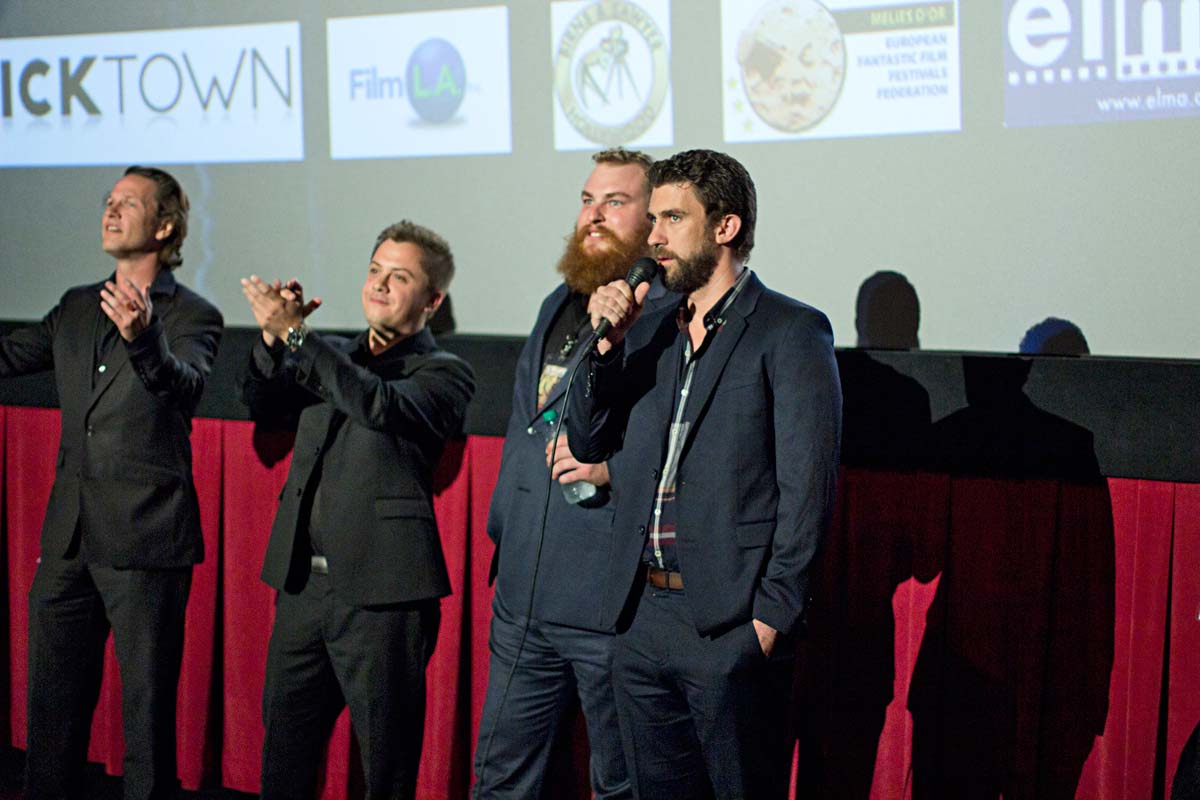 Happy Hunting, with its directorial debut by Joe Dietsch and Louie Gibson, stars Martin Dingle Wall, Ken Lally, Kenny Wormald, Conner Williams, and Gary Sturm. In addition to the directors, producers
Bryson Pintard and Jeff Kalligherin along with cast and crew were in attendance. Other special guests at the screening included actress Annet Mahendru of the award winning show "The Americans."
A Q& A followed the screening.

Warren is a degenerate drifter, scraping by, suffering from debilitating alcohol withdrawals on a daily basis. On his way down to Mexico, he finds himself stranded in Bedford Flats, a one-horse town nestled deep in the American desert. It was a once-prosperous hunting community that has been reduced to an impoverished dust bowl. Unfortunately for Warren, it turns out that the town’s pastime is rounding up drifters and hunting them as part of an elaborate sporting event. To make matters worse, he’ll go into alcoholic withdrawal unless he finds a way to stay intoxicated. It all builds to a blood-soaked, live-or-die showdown deep in the desert.