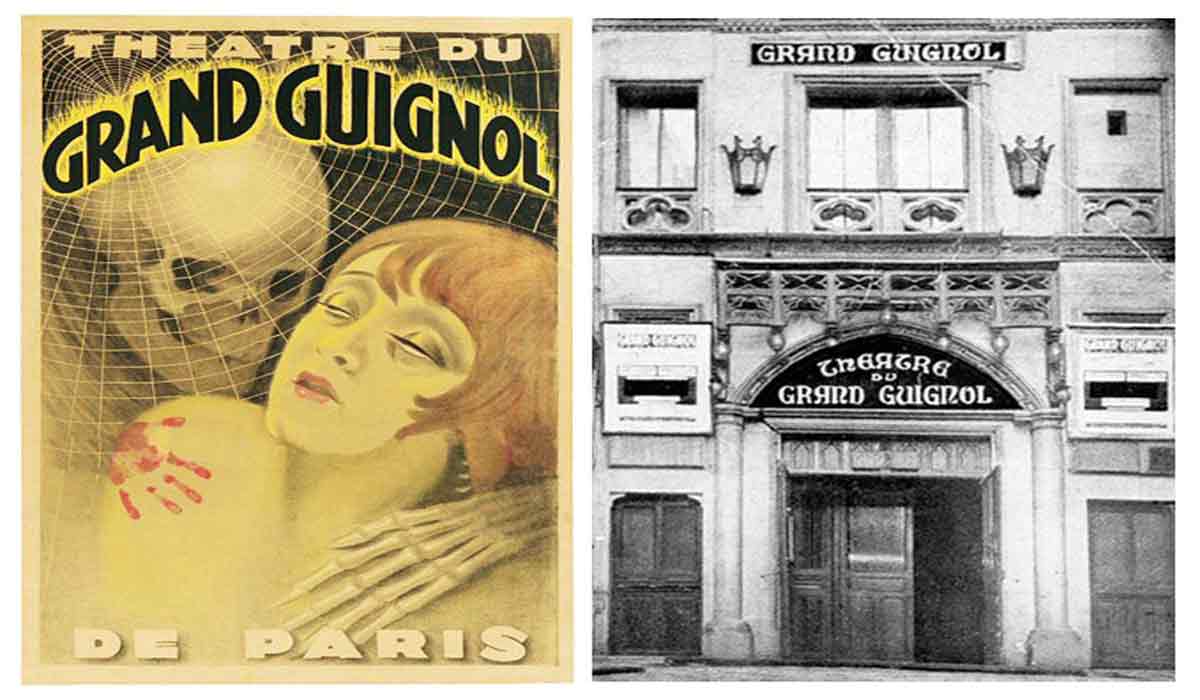 The Grand Guignol: Theatre of Horror

Long before the days of film festivals and conventions, even before the days of celluloid, the primary medium of entertainment was theater. Now I’m not talking about the high class productions found in London’s West End or the black tie affair of the opera; I’m talking about something much more objectionable. If you had visited Paris at the tail end of the 19th century, deep in it’s notorious Monmarte district, and you had walked along it’s cobblestone streets, past it’s illicit sex trade operations, you would have come upon an old gothic looking chapel. As you opened it’s doors, you would find a modest 293 seat theater, with two large angels smiling down at you, as four to five murders were committed below their noses nightly. This was the home of the infamous Le Théâtre du Grand-Guignol. It first opened it’s doors in 1897, this small, mysterious theater became known for it’s raucous sex comedies, and even more so for it’s gruesomely violent short horror plays. Literally translating to “The Big Puppet Show”, the Grand Guignol was the brainchild of Oscar Méténier. He took an old chapel in a seedy district of Paris and turned it into the most subversive of French theaters. He created an institution. Méténier used the architecture and location to his advantage and told stories about people often forgotten by the rest of society. Prostitutes, criminals, and vagrants were often the subject of his plays and they almost exclusively played upon human evils and strayed from the supernatural. It was the theater’s second director Max Maurey, who took over in 1898 who took the theater further into the horror realm. 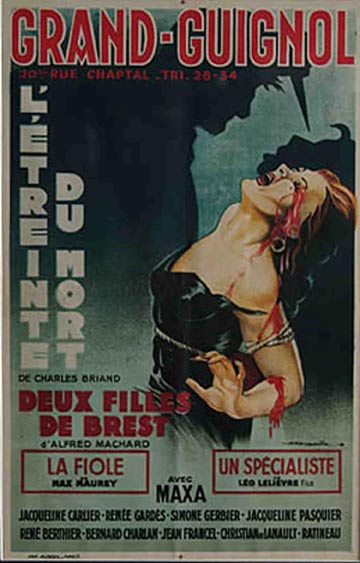 These horror short plays were often about people in an altered state, such as hallucination or insanity. It played upon the damage humans could inflict on other humans without any warning or reason. The performances always culminated in a bloody climax of stage illusion, such as eye-gouging and impalement, that would often cause fainting or vomiting in the audience. This was the era when The Grand Guignol perfected the art of shock value. Thrill seekers flocked to the theater from all over to test their own limits and see just how much they could handle. As the theater changed hands throughout it’s 65 years, each director brought something new to the table. Max Maurey was responsible for bringing on a house nurse to cope with the nightly faintings, while this may have been a necessity, it was also a brilliant publicity move that would have made William Castle proud. The theater’s final director Charles Nonon took the special effects to the next level as he identified the need to update them as the audience became more and more jaded as they coped with real war being fought beyond the theater doors. Towards the end, a night at the Grand Guignol would feature nine different shades of blood that actually coagulated as it cooled. In the theater’s 65 years of performances, it saw several directors and countless actors. One of the most well known of the performers was actress Paula Maxa who was a Grand Guignol favorite victim. During her more than decade long career with the theater, she died more than 10,000 times in more than 60 different ways, earning her the title of “the most assassinated woman in the world.” The theater also shamelessly used publicity stunts to blur the lines between their shows and reality. An article published in Newsweek in April of 1950 tells of a new lead actress of the theater who fled just before her debut due to receiving numerous threats from a mysterious stranger. She then went missing for two days and turned up at a Paris police station claiming to have been kidnapped and abandoned an hour outside of town. Although her story may have been true, the police believed otherwise as the theater was known to pull such stunts quite often. In 1962, The Grand Guignol finally closed its doors for good. Final director, Charles Nonon chalked it up to World War II. "Before the war, everyone felt that what was happening onstage was impossible. Now we know that these things, and worse, are possible in reality." 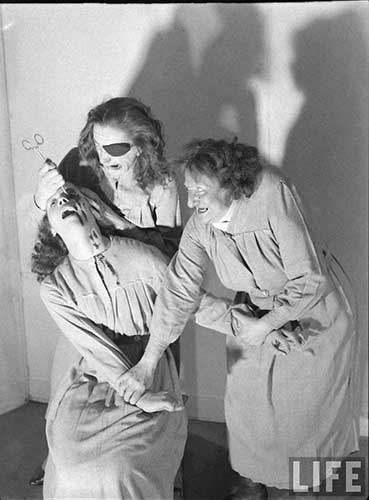 Despite being largely ignored by the higher class theater community, the influence of The Grand Guignol on pop culture is undeniable. References to the theater are found in films such as Interview With A Vampire, Troma’s Bloodsucking Freaks and even Herschell Gordon Lewis’s Wizard of Gore draws some undeniable similarities. It is also a location in the underrated Showtime series, Penny Dreadful. Even Lady Gaga’s 2009 VMA performance would have been right at home in The Grand Guignol. The theater gave a voice to the voiceless. It explored the nihilistic fears of the underbelly of society. Those who felt cast off and exploited had their fears turned into catharsis. It gave the freaks a place to rally and celebrate everything inappropriate and distasteful, something that was not readily available in the early days of the 1900’s. It was movements like these that led to the Midnight Movies of the 1970’s and countless other counter culture movements. The Grand Guignol legacy pushed the limits on what society could handle, and I can only hope others have the audacity to take inspiration from them and do the same. However, for anyone who has seen Martyrs, it’s pretty hard to compete with the French when it comes to torture.