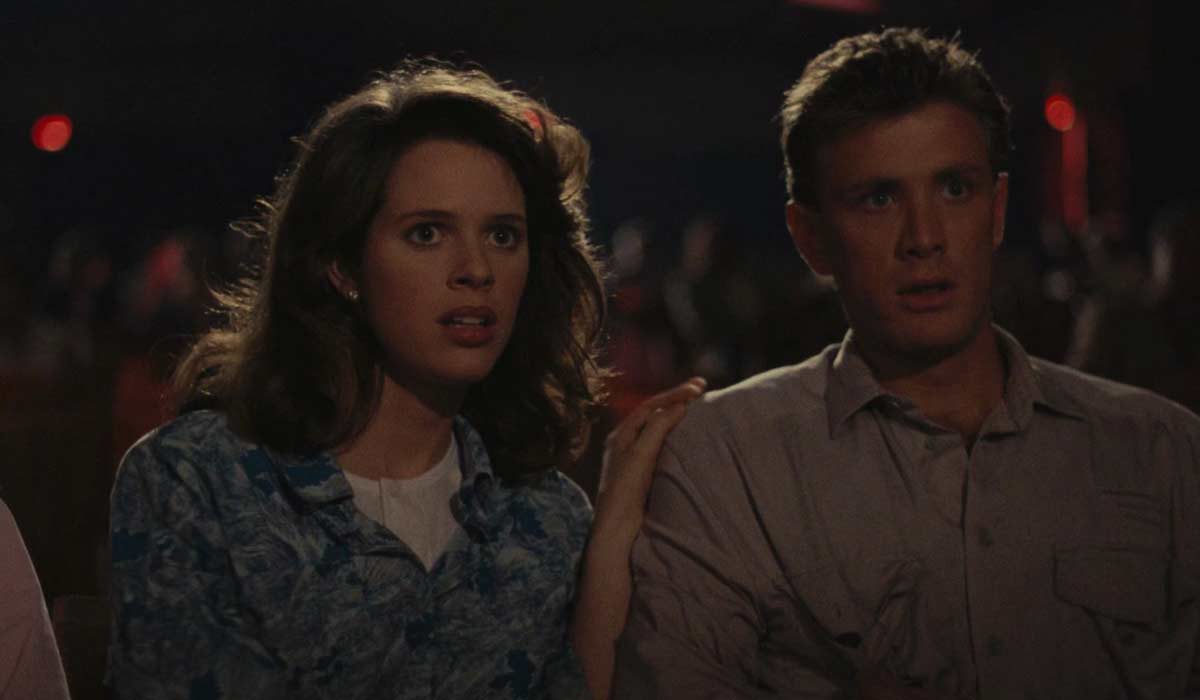 As the largest and longest running horror film festival in the United States, we here at Screamfest are no strangers to the power of the theater going experience. Most of us cinegeeks recall some of our best memories as those spent in the darkness of movie theaters. Even now, as streaming becomes the standard, I’m optimistic for the staying power of the theater. Watching films at home, although convenient, does not quite compare to the energy of a crowd, especially in regards to genre films. Attending a film as an event is why Film Festivals and Revival Theaters continue to live on and we all can continue to see larger than life versions of the films we know and love. But how best for a horror filmmaker to examine and honor something they love? Turn it into something to fear. So, for those times when you are feeling especially postmodern, here are 5 horror films that take place within a movie theater:

1. Popcorn (1991) Most people don’t think of the 90’s as a particularly strong time for horror movies but this slasher gem is making a bit of a comeback. It’s about a group of film students who put together an all night horrorthon to raise money for a permanent editing space. The event is to be held at an old local theater with a dark past. As the night progresses, people start to get killed in ways that relate to the obscure B movies the students are screening. The scenes shown from the screenings are enough to make this one worth watching but a few of the performances and makeup effects give it a personality of it’s own. Dee Wallace even makes an appearance as leading lady Maggie’s mother. This would be an especially fun one to see in a crowded theater but it is still a great one to check out at home too. Synapse recently released a remastered Blu Ray Steelbook of the film, which is admittedly pretty pricey but considering the film was primarily only available in VHS quality prior, it is a big step up. 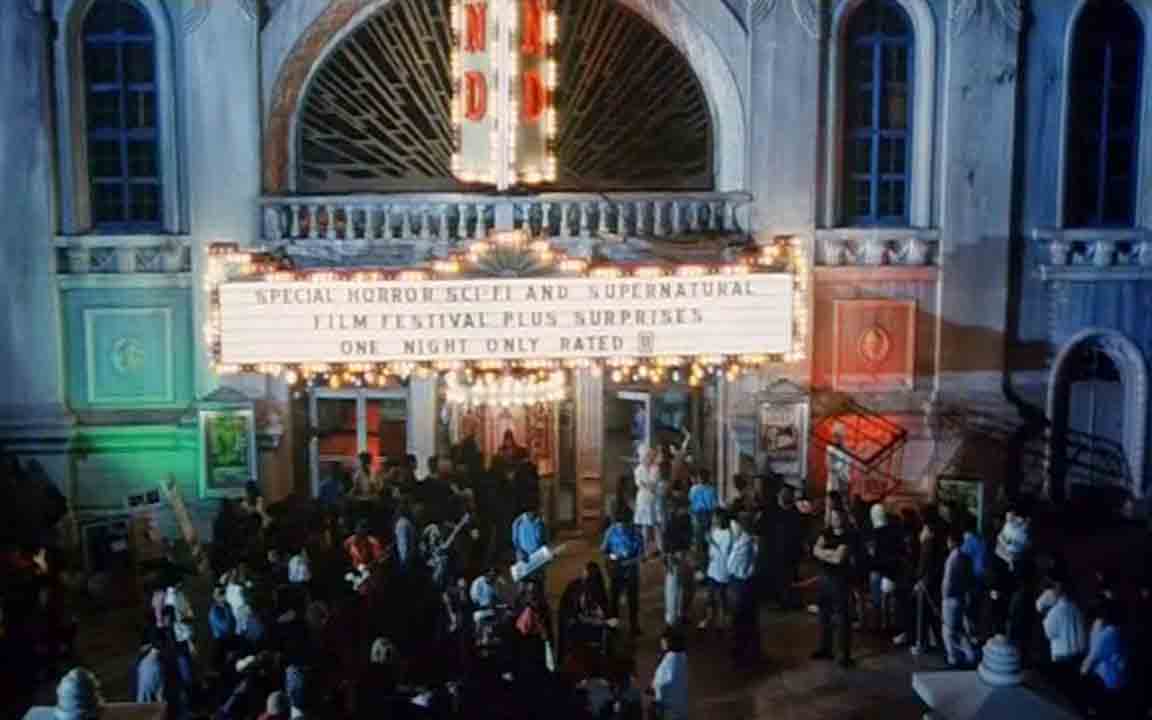 2. Anguish (1987) This dynamic flick from Spanish director Bigas Luna is anything but typical of the slasher films of the time. Starring the legendary Zelda Rubenstein, Anguish is much better enjoyed going in blind (hehe). With two story lines running parallel, it explores the affect films have on the human psyche and the nature of reality. Not only is it a mind bender, but it has enough 80’s slasher fun to keep a wide range of audiences engaged. Plus, Zelda Rubenstein is enough to make me want watch pretty much anything.

3. Midnight Movie (2008) If cool masks, outlandish kills, and stylishly original murder weapons are your thing, then look no further. Midnight Movie, although flawed, is a whirligig of fun. During the midnight showing of a horror film from the 1970’s, the killer from the film terrorizes the small audience when he somehow liberates himself from the screen. This film may not be very deep, but it’s surprisingly original. The reasoning behind the killer’s supernatural killing spree may be a bit thin but the way he seems to jump in and out of the film is pretty compelling.The film-within-the-film even has several nods to old school horror films, from The Texas Chainsaw Massacre to Psycho. The whole thing does seem to be a bit of a Valentine to midnight movies and explores some interesting ideas about the immortality of cinema and the nature of fear. 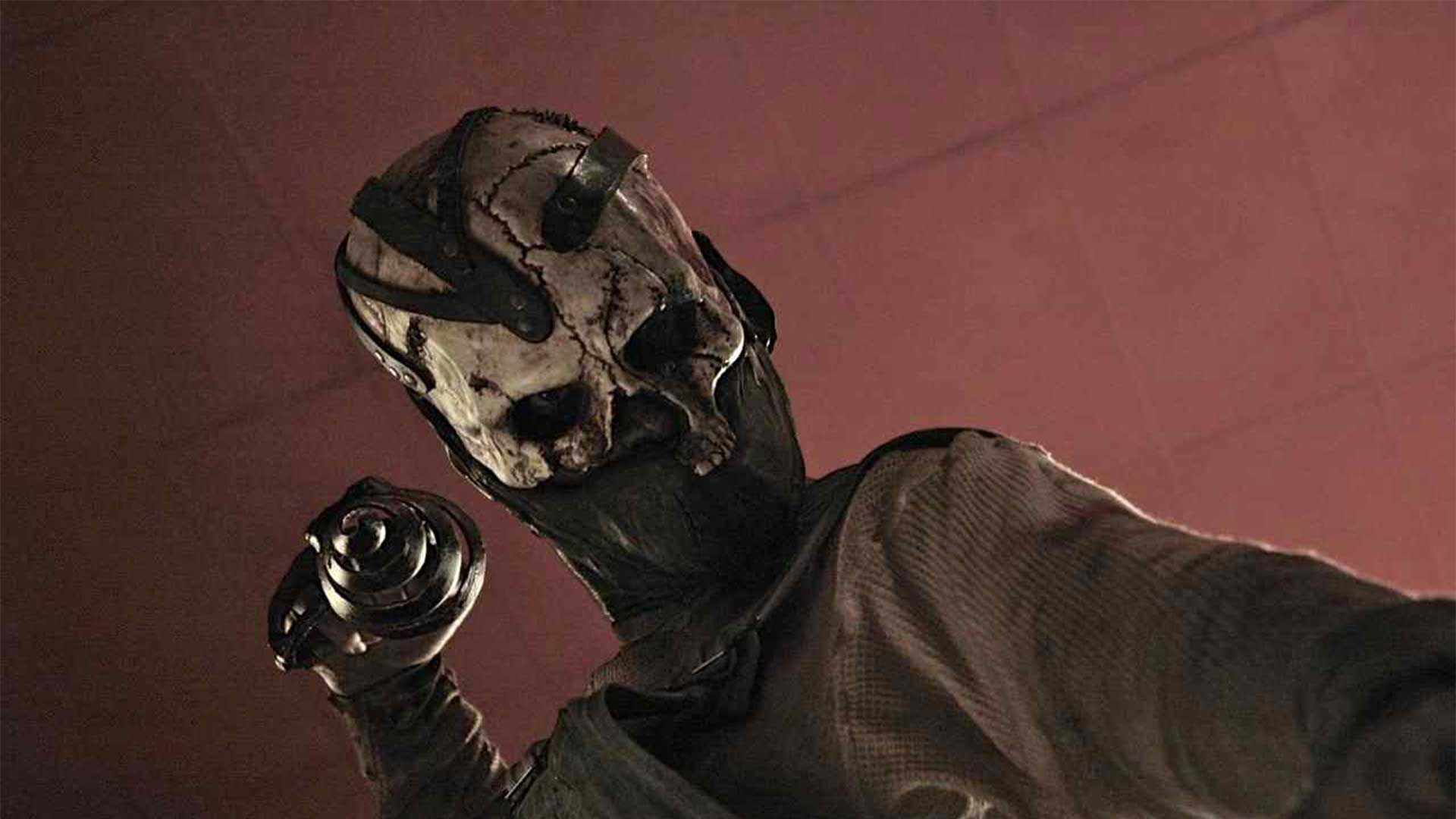 4. Coming Soon (2008) This Thai ghost story is the directorial debut of Sophon Sakdaphisit, best known for writing the awesomely creepy film Shutter. As a group of Movie Theater employees prepare for the opening night of a new horror film based on a true story, members of the crew start to go missing. After seeing a certain scene from the movie, one of the employees is attacked by the ghost of the woman in the film. He then recruits his ex girlfriend to investigate the story that inspired it so that he doesn’t become the entity’s next victim. This atmospheric ghost story is reminiscent of Ringu or Stay Alive. It may not have the same philosophical examination of reality as some of the other titles on my list but it does raise some moral questions about the film industry and has some legitimately scary moments beyond simple jump scares. 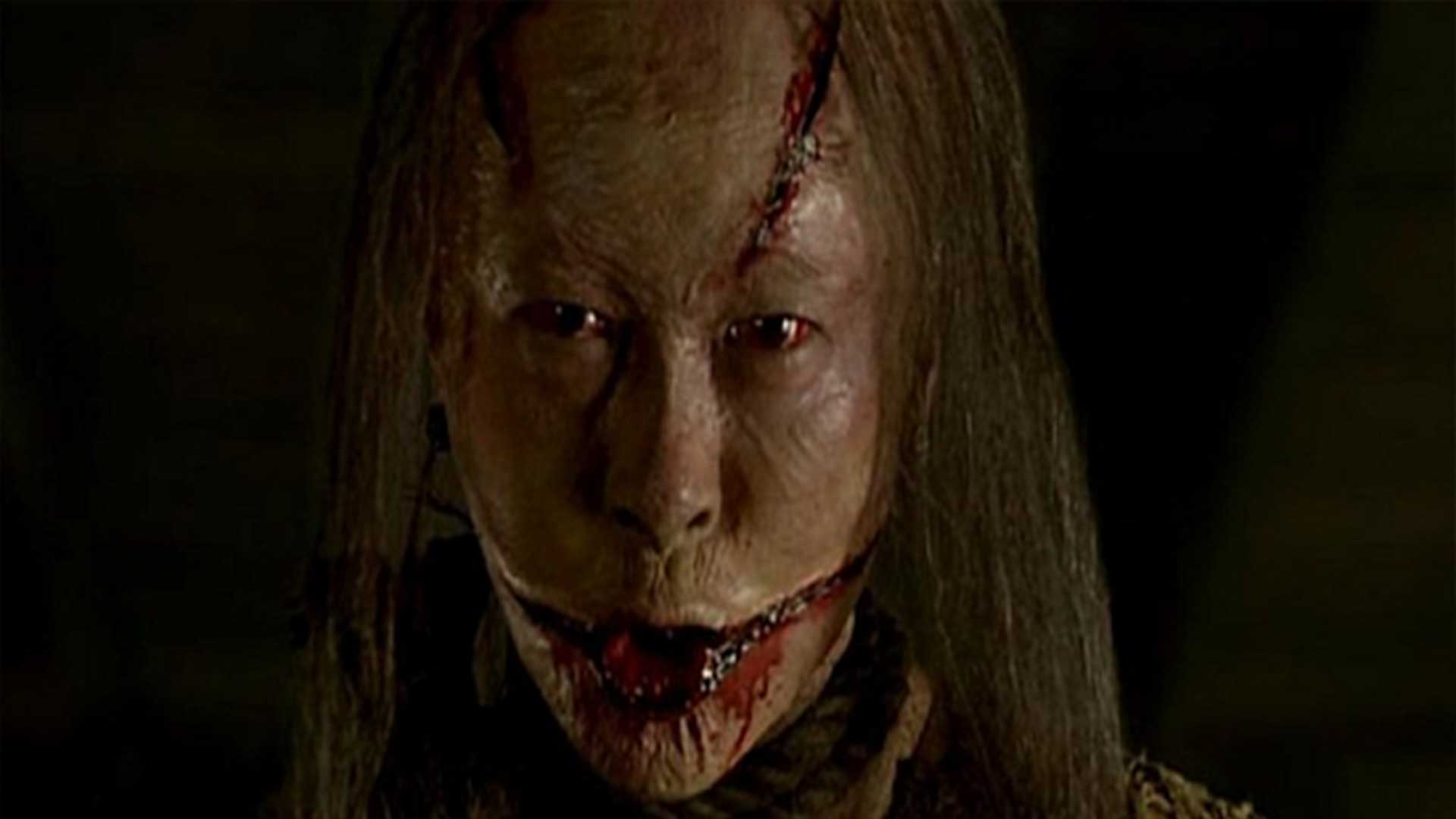 5. Demons (1985) Well I couldn’t exactly make a list of movies in theaters without including the Lamberto Bava classic Demons. Although the quality of Italian horror cinema had been waning in the years prior, Bava, and cowriter/producer Dario Argento, takes the trademarks of Italian Horror and combines it with a kick ass soundtrack and some 80’s flair. The result is arguably one of the best films of the decade. A secret screening at an old theater in Berlin draws a crowd when a masked man goes around town giving out free passes. The evening begins like any other trip to the movies, except a young woman scratches her face on a bizarre mask in the lobby. As the crowd settles in and the movie begins, the events onscreen begin to mirror reality as the woman’s scratch causes her to morph into a flesh hungry, demonic creature. As she begins to attack audience members, they too begin to change. The crowd quickly realizes the doors to the theater are locked from the outside and they must now fight for survival against a growing horde of monsters. Buckets of gore, terrible dialogue and incredible creature design are just a few of the elements that make this film great. It fully encompasses 80’s excess with an insane soundtrack of 80’s hits and a score by the one and only Claudio Simonetti. In other words, I can’t recommend this film enough. 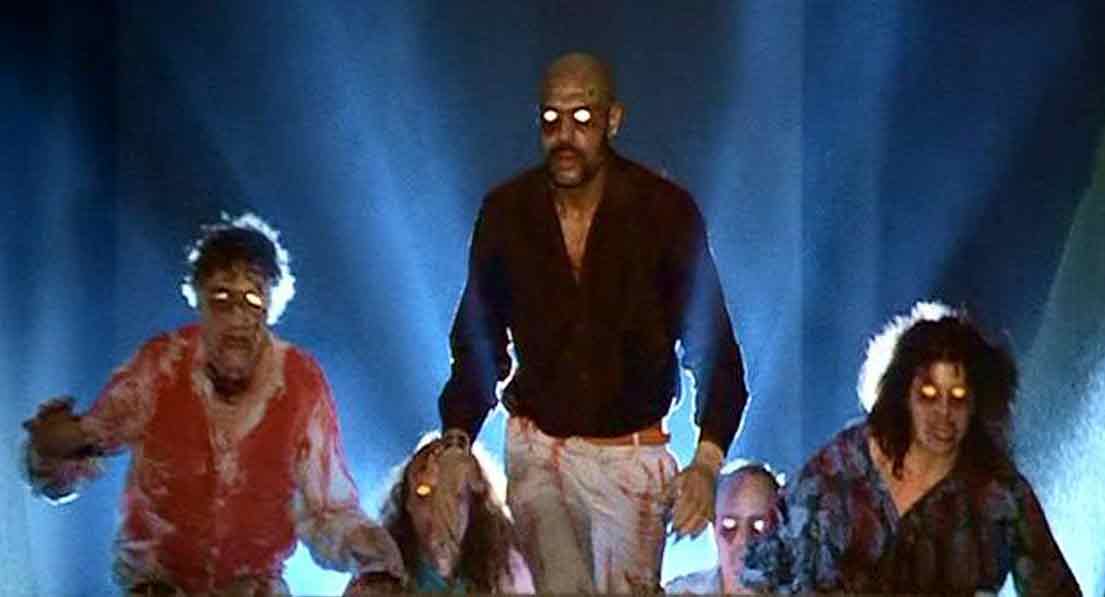 Since I couldn’t quite bring myself to only choose 5 films in this category, check back next week for part 2!