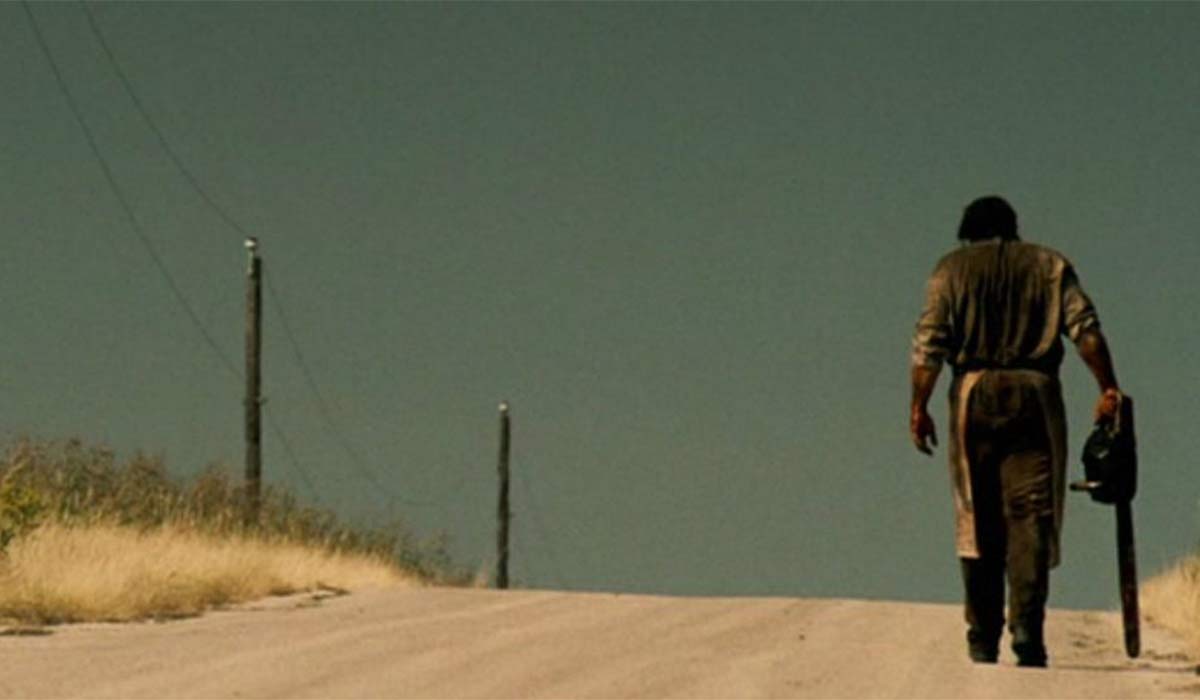 Five Films to Get You Ready for Leatherface

In combination with the recent Screamfest announcement that we would be hosting the North American premiere of the much-anticipated Leatherface, and the recent and devastating loss of the great Tobe Hooper, this is the perfect time to honor the franchise that stemmed from his original masterpiece, The Texas Chainsaw Massacre. The TCM franchise has grown to be about as diverse as Hooper’s own career. It has explored everything from prequels to sequels to remakes. Even after all of this, including the pretty recent release of 2013’s Texas Chainsaw 3D, fans are still left wanting more. Regardless of some of the more disappointing films in the franchise, this new addition is being helmed by French genre filmmakers Alexandre Bustillo and Julien Maury. With the film in capable hands and not under any large studio thumbs, Leatherface has garnered some palpable excitement in recent weeks. The duo’s French Extremist roots have potential to bring out the best of the franchise and may be the best way to honor its gritty roots. Unfortunately, we still have a little over a month to wait for this new film, unless of course you opt to watch it on VOD through DirecTV on September 21. But, let’s face it, films like this should be seen in a theater filled with other excited horror fans. So here are a few films to whet your appetite and give you an idea of what we might be able to expect from the upcoming premiere of Leatherface.

Inside (2007)
Seeing this film will stoke quite a fire for the upcoming Leatherface. It is a stressful nail biter, all the way through. As a young pregnant woman copes with the recent loss of her husband, she must also ward off a mysterious woman who has set her sites on her unborn child. Aside from being an anxiety-ridden joyride, this film does not hold back. The filmmakers seem to take every taboo, and play out every tormenting second of them without hesitation. It is this very ‘no one is safe’ approach that fits right in with the TCM franchise.

The Texas Chainsaw Massacre (2003)
Now, this 2003 remake is far from perfect. With that being said, as far as the slew of Michael Bay produced remakes that came out of the early 2000’s, this was definitely not the worst. With that being said, it does not hold a candle to the original. Aesthetically speaking, it seems to be similar to what we can expect from Leatherface. When this film was released, we were just entering the gore-porn phase of horror. While there is undoubtedly some connection to the American gore-porn and French Extremism, there seems to be a bit more depth in regards to the French Extremism. So although I believe we can expect a similar level of gore as this 2004 edition, I think it will be sufficiently more satisfying, artistically speaking. 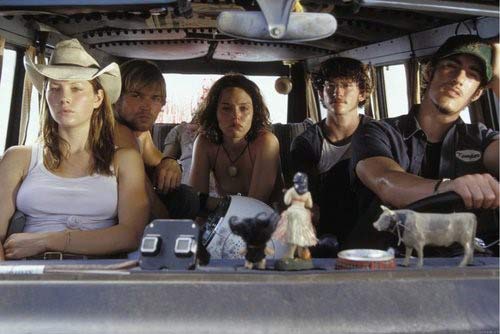 Among the Living (2014)
When a group of young boys skip school to explore an abandoned studio lot, they accidentally witness a brutal crime, putting a target on their backs. This is the film that I feel as though will give us the best idea of what we can expect from Leatherface. The third, and most recent full-length feature from Bustillo and Maury, Among The Living is a higher budget, more fine-tuned film than its predecessor, Inside. You can see how much the two have grown as filmmakers and a signature style has begun to emerge. Bustillo and Maury craft unrelenting scenes of gore that, although mean-spirited, are surprisingly artistic. They combine the current kids-in-peril trend with home invasion slasher. The caliber of filmmaking saves it from gives me high hopes for their upcoming release. 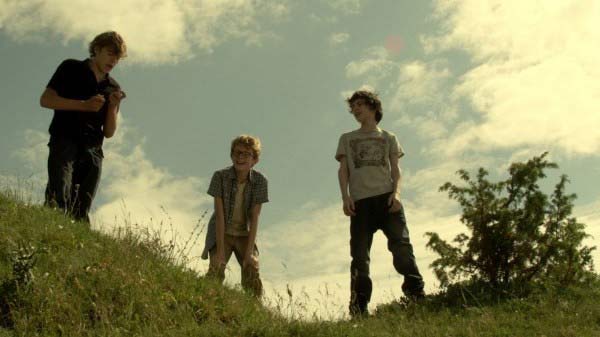 The Texas Chainsaw Massacre (1974)
Okay, so this should go without saying. But there truly is nothing like the original. In the wake of Hooper’s unfortunate loss, folks will be looking to this new addition to honor the original. What Hooper achieved with the film changed the face of the horror genre. It is a timeless classic to be sure and continues to inspire fans and filmmakers alike. In the past several months, I have had to do several tributary viewings in honor of great filmmakers we’ve lost and Texas Chainsaw cut pretty deep. This film has so much more to offer than it initially seems and it is quite a legacy to leave behind.

The Texas Chainsaw Massacre 2 (1983)
What the original film offers as far as cynicism, it’s sequel matches with sheer absurdity. In a time when many low budget horror films were followed up with bigger and crazier sequels, TCM2 delivers a high budget sideshow in spades. The characters are wilder and the sets are more elaborate. In this follow-up, Leatherface becomes fixated on a popular radio DJ known as Stretch (Caroline Williams) as she becomes entangled in former Texas Marshall “Lefty’s” (Dennis Hopper) quest for revenge. Between Hopper as Lefty and Bill Moseley as Vietnam Vet, Chop Top, this film is rife with incredible and outrageous performances. Despite it’s complete 180 from the gritty realism of its predecessor, the comic relief and insanity of this sequel foreshadows Tobe Hooper’s diverse and illustrious career. Just one look at the Breakfast Club style poster art, it is obvious that The Texas Chainsaw Massacre 2 is a beautiful byproduct of the 1980’s that ranks up there with Evil Dead 2 and Return of the Living Dead. 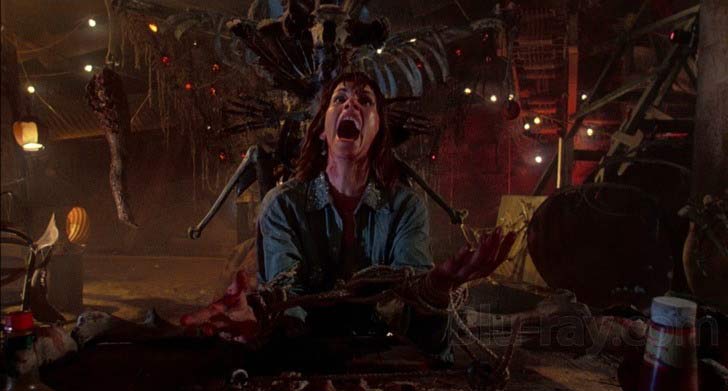 Are you just as pumped as I am now for the upcoming Leatherface? Be sure to keep an out for announcements regarding this particular premiere. Be sure to also keep an eye out for the rest of our festival lineup as well. So come join us October 10-19 as we are gearing up for another excellent year of some of the world’s best in the genre.

world's best in the genre. @TalesfrmthCrypt