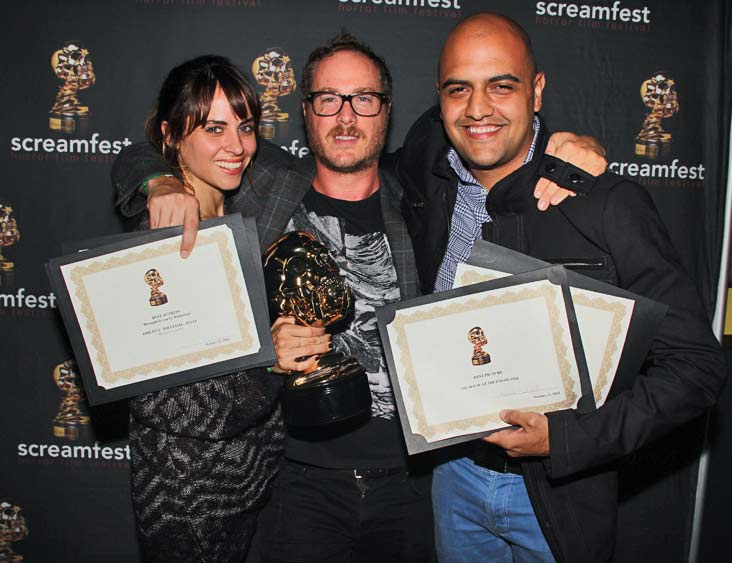 Take a peek at the closing night awards ceremony & reception that took place Wednesday October 22nd. Video courtesy of John Elfers. Closing night awards & reception photos by Angelica Ulloa. We were honored to screen each film selection in the festival this year and to celebrate the winners. The 14th annual Screamfest Horror Festival concluded on the evening of October 22nd with an Awards Ceremony and Reception. The hosts for the evening were Sean Decker of Dread Central and actress Bel Delia of The Tunnel a 2011 Screamfest Selection. Awards were given out in 14 categories including the Best Screenplay Award. Congratulations Festival Winners!

AND THE WINNERS ARE...