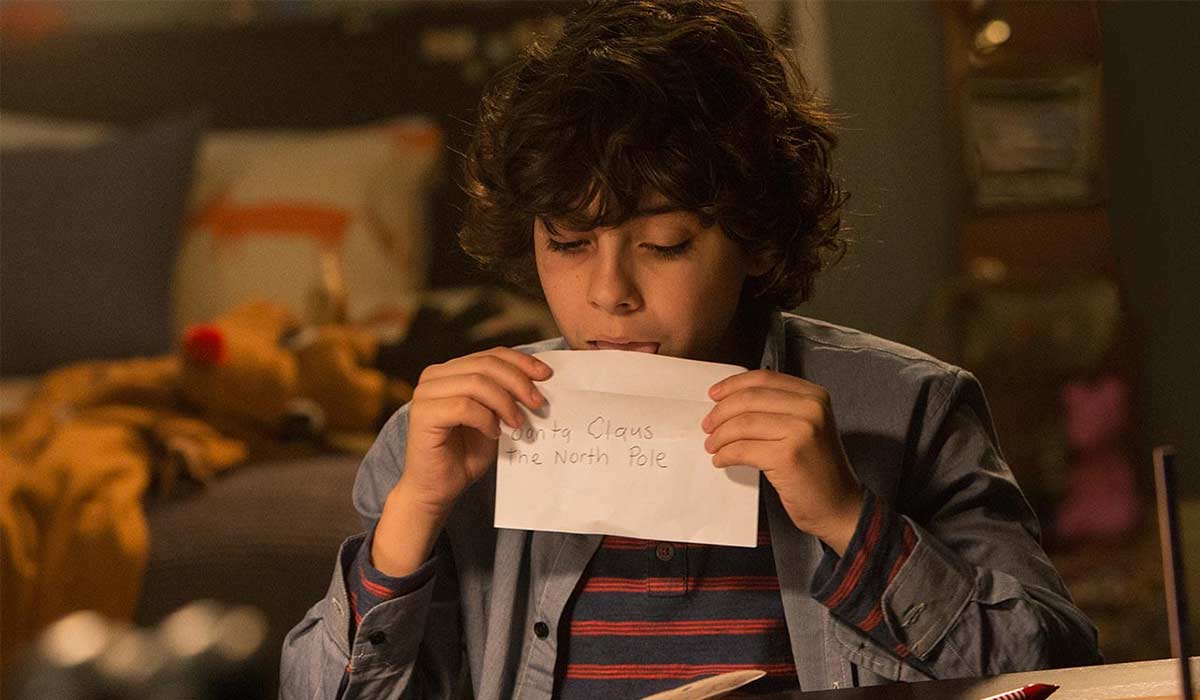 Ask the average genre fan what their favorite Christmas horror film is, and you'll probably hear "Black Christmas" as the answer more often than not. And for good reason: it's a scary, suspenseful film that helped kickstart the slasher sub-genre, but also contains a lot of humor that helps make it an all around easy choice to pull off the shelf every holiday. But it also pulls you in right from the start with a creepy POV shot followed by a murder only a few minutes later, making it instantly clear that it's a horror movie, which may turn some viewers off if they're there for the "Christmas" part of the title as opposed to the "Black" half.

For those folks, Michael Dougherty's Krampus should be a godsend. His 2015 film was a moderate hit at the box office when it was released in early December (a week before The Force Awakens, so the fact that it made any money at all is something of a miracle), and has only grown in popularity since then - we even had a well attended Fears & Beers screening in 2018, by far the newest movie we ever showed for one of our repertory shows. And I think the key to that growing affinity is that he doesn't start it off like a horror movie; apart from the revised Universal and Legendary logos, which are iced over and set to Douglas Pipes' ominous score, there is no indication you're in genre territory for the first 20 minutes or so.

Instead, Dougherty seems to be aping Christmas Vacation or Home Alone, with a chaotic family gathering in which our upper-middle class hero family are joined by annoying in-laws (Adam Scott as the homeowner, sighing that they only have to put up with them for three days, is a perfect update to Chevy Chase choking on his eggnog when Randy Quaid tells him they're taking their RV with them when they leave next month). At the center of everything is Max (Emjay Anthony), who is trying desperately to hold on to his belief in Santa, not out of any sort of arrested development (he's like 12) but because he longs for their Christmases to be like they used to, before his parents (Scott and Toni Collette) stopped connecting with each other due to the former's constant working and his sister Beth (Stefania LaVie Owen) started hanging out with her boyfriend all the time instead of playing with him. After his cousins find his letter to Santa and mock him for it, Max tears the letter up and shouts that he hates Christmas - and that's what awakens the title character. 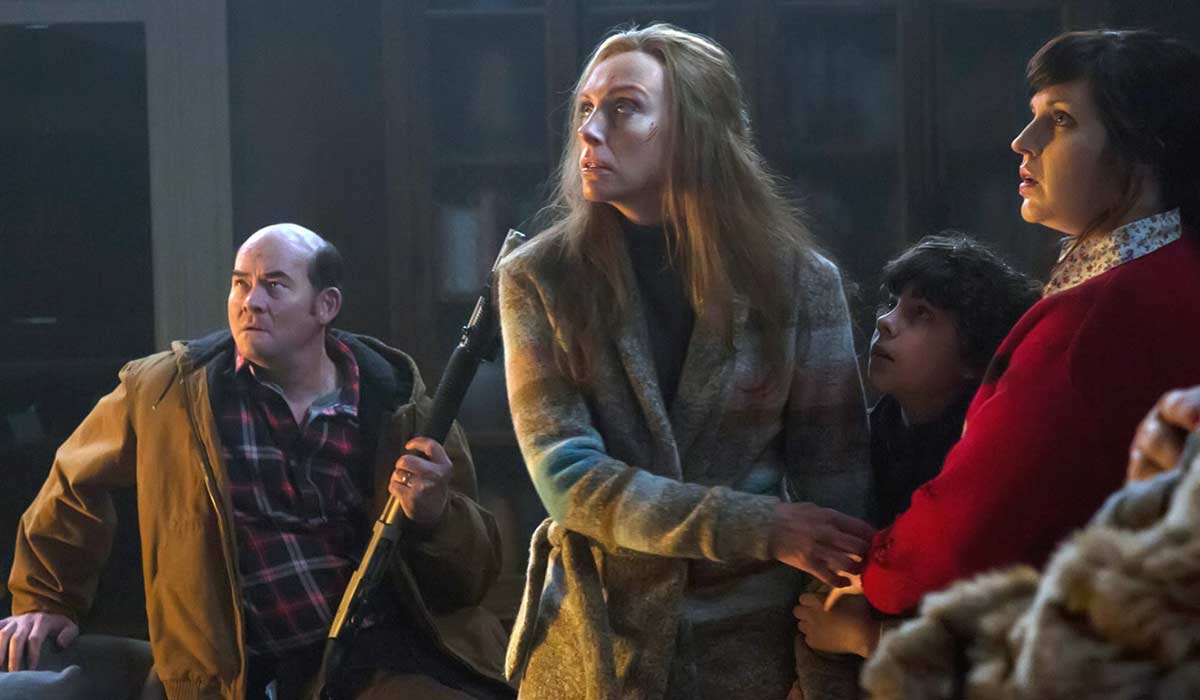 Basically, by the time we've seen our first creature (and there are many, thank you WETA), we've already established nearly a dozen characters, understood their dynamic, gotten some laughs (Alsion Tolman's sarcastic mention of her sister's love of food "that no one can pronounce" kills me every time), etc. It's possible that even if the monsters never showed up, this would still be a pretty entertaining movie in line with things like The Ref or even something less cynical like The Family Stone - just a good ol' fashioned holiday movie about bickering family members learning to get along again. But alas, killer gingerbread cookies and one seriously messed up Jack in the Box come along and put things into horror territory after all, at which point the movie is elevated from an enjoyable Christmas flick to something us genre fans can proudly put next to Black Christmas and Silent Night Deadly Night on our shelves.

And that is why the film is now part of the beloved Scream Factory line, a surprise release as they tend to stick to older fare (but, it should be noted, they've also reissued Dougherty's classic Trick r Treat). As is nearly always the case with their releases, the disc brings back all of the previous bonus features (Universal's 2016 disc was already pretty packed) as well as some new ones; there is about an hour's worth of new interviews with Dougherty, Tolman, David Koechner (as the Cousin Eddie-ish brother in-law), Pipes, WETA guru Richard Taylor, and more. It's also presented in 4K UHD for the first time, as Scream has recently dipped their toes into the slowly-growing format with the Halloween films and will hopefully continue to offer it on as many titles as they can - in this era of streaming and declining physical sales, no one wants to be faced with the possibility of double dipping.

But the real draw is that it's offering a new cut of the film, dubbed “The Naughty Cut”. Dougherty has always maintained that the film was designed to be a PG-13 as it was made in the spirit of other "gateway" horror films like Poltergeist and Gremlins (both PG, as they predated the PG-13 rating's existence), but of course the MPAA is a baffling organization with no standards or any rhyme or reason for how they decide on what's a PG-13 and what's an R. So don't expect any flying heads or graphic gingerbread dismemberment in this extended version (which runs about four minutes longer); apart from an extra F-bomb from Collette (replacing the "hell" she offered in the theatrical) and maybe a few more pained screams from Koechner when he's being attacked by the unseen monster under the snow, most of what's added is actually of the more character-driven variety. 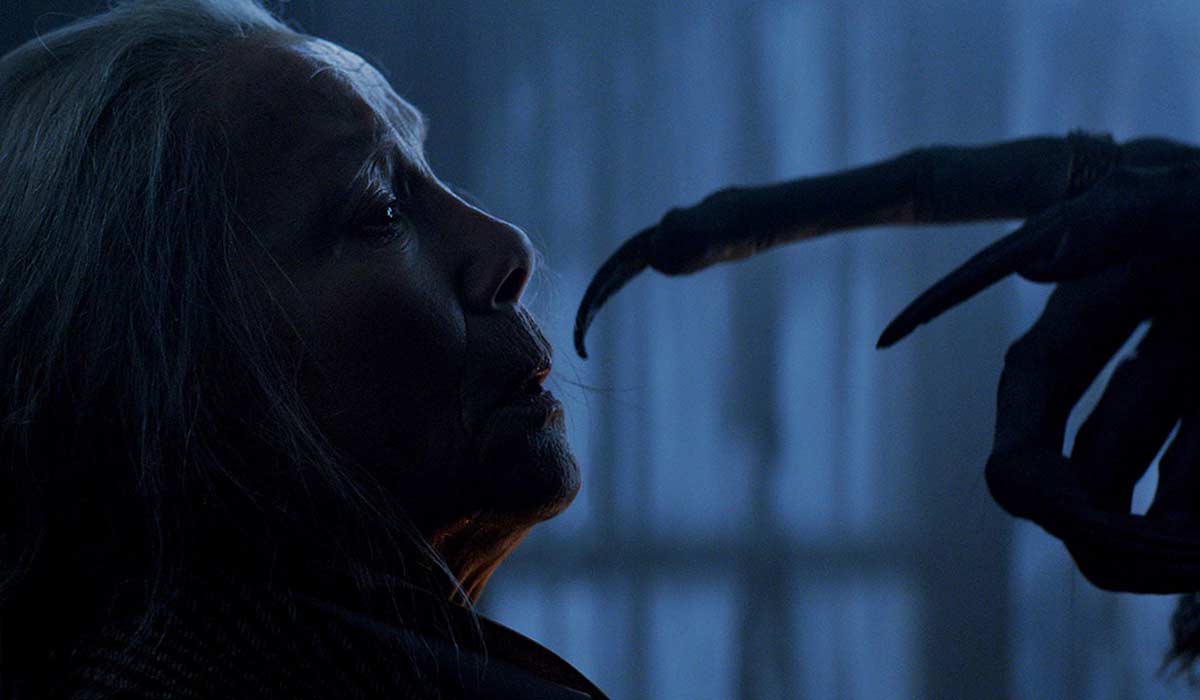 In fact, if you have the existing Blu and have watched the deleted scenes supplement, you've actually seen everything that has been restored, I think (except for that F-bomb, which is obviously just an alternate take and doesn't change the runtime). Not all of the deleted footage has been put back in, but I was happy to see some things that never should have been cut anyway have been reinstated, like a nice little conversation between Collette and Tolman about how they are secretly jealous of each other's "better" life. I wouldn't say any of it was essential, and honestly if you already have the Blu and don't care about 4K or bonus features anyway, there's no need to upgrade, but if you're a complete newcomer (or a 4K snob, as I am rapidly becoming) then this version is certainly the one to go with.

I would like to nitpick one thing though: the disc carries over the commentary by Dougherty and co-writers Todd Casey & Zach Shields, which is an engaging track that covers old story ideas, production snafus, easter eggs (the Psycho house makes an appearance in Krampus' workshop!), etc... but remains edited, with the mens' occasional F-bombs being bleeped out. I don't understand why they censor these things in the first place, since I can't imagine children are listening to director commentaries, but given that this is the "Naughty Cut" (the theatrical version isn't available on the 4K or included Blu-ray, for the record) it's annoying that they didn't offer the uncensored track in kind.

Otherwise, it's a solid package for what should be part of every genre fan's seasonal viewing, if they partake in such things. But going back to Dougherty's "gateway" comments, I feel that this is a film that could change the mind of your uptight aunt or neighbor who gets all offended at the idea of mixing Christmas with horror (remember, people picketed Silent Night Deadly Night's mere existence). Any viewer should be invested in the family drama by the time they realize that this is a horror movie, and ultimately there's a strong message about sacrifice, loving your family unconditionally, and other things that invoke genuine Christmas spirit, tree angel demons notwithstanding. There's nothing here that's more offensive to the season's true meaning than standing in line at Wal-mart on Thanksgiving to score a cheap blender, and I'm willing to bet some of these pearl clutchers do that every year. Krampus isn’t blasphemous - it’s just great.