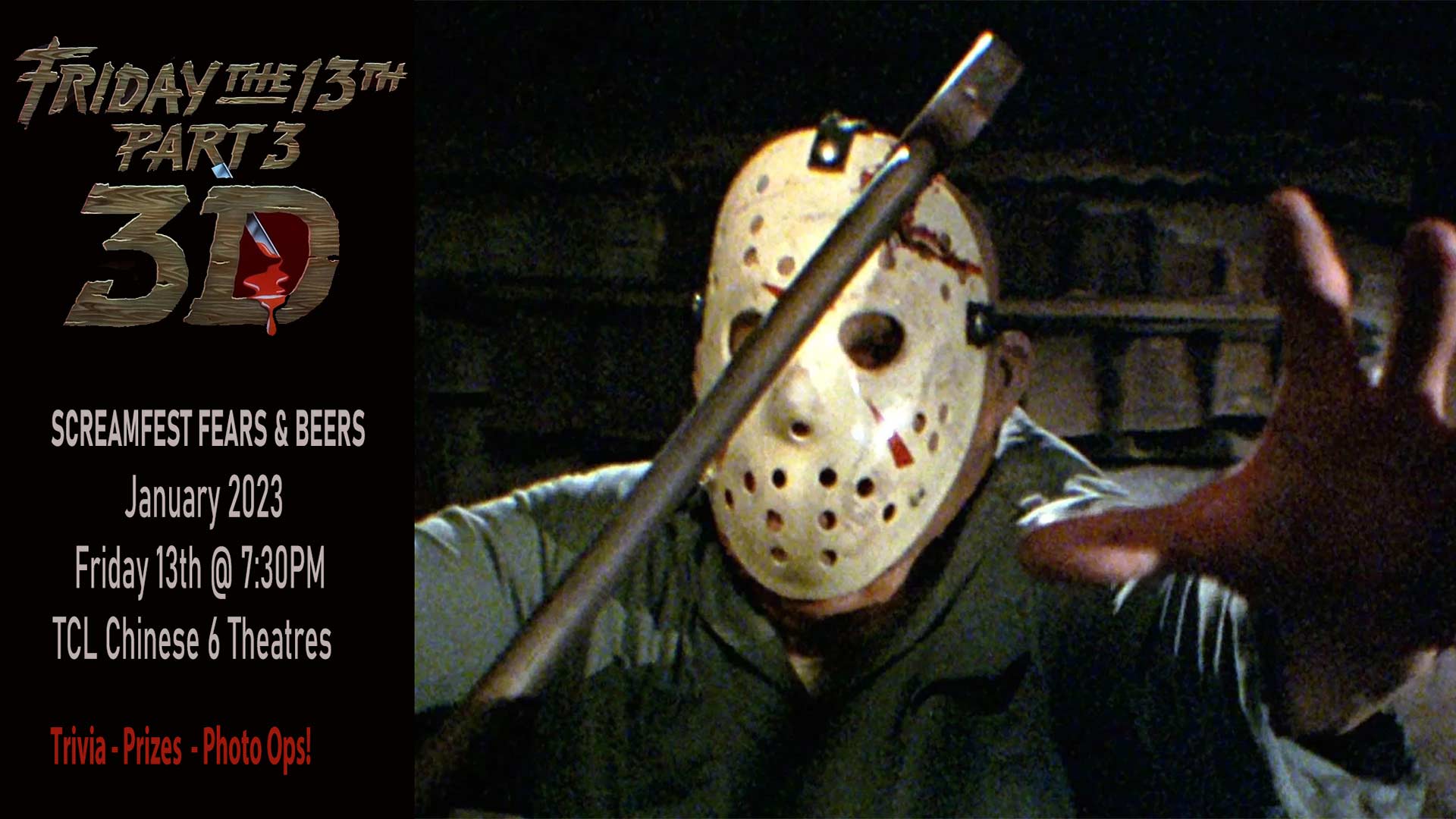 Want to have a blast this January, Friday the 13th? Then join us at our Screamfest Fears & Beers screening of F﻿riday the 13th Part III in 3D at the TCL Chinese 6 Theatres. This film is a total blast to watch with a crowd!!

Jason Voorhees, having barely survived a wound to his shoulder from his own machete, is back to revenge on all that visit "his" woods. A new group of friends come over to party at an area close to the campsite. This time, Jason will be stronger than ever, and getting a hockey mask from one of those friends.