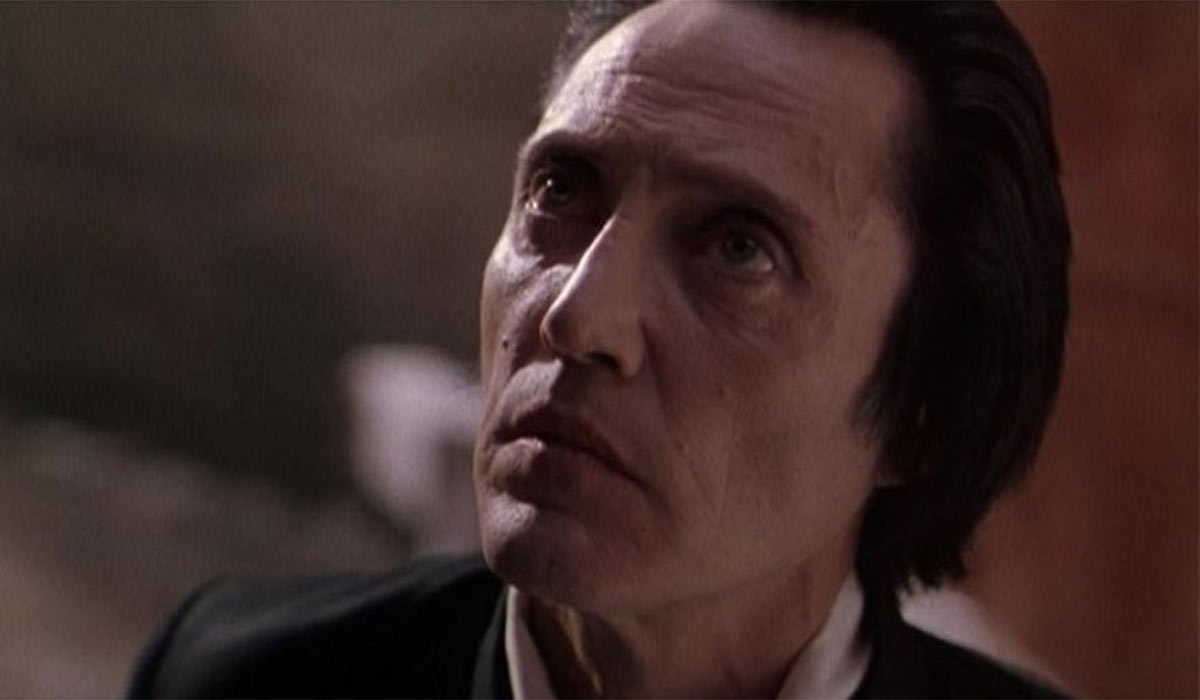 The 1990’s are often thought of as having relatively little to contribute in the way of quality genre films. While I can see the truth in this, I think there were some very special and unique films to emerge from the decade, especially within the confines of the unique subgenres that emerged. These were the days of Erotic Thrillers and Teen Dark Comedies, of Hacker Thrillers and Meta Slasher films. One of my favorite subgenres to have emerged in the prime days of Gen X, was their twist on Christian Theology Horror. This subgenre was in no way exclusive to the 1990’s, with the hit TV Series Supernatural currently on its 13th season and The Exorcist still considered the scariest movies of all time by a substantial portion of the population. Christianity has been a superfluous source for filmmakers to explore the horrors of creation and existence since cinema began. But these religious thrillers of the 1990’s had a very specific style and tone that could only exist within the cultural alignment of the post-Satanic-Panic zeitgeist. The Satanic Panic of the 1980’s brought the Devil to the forefront of pop culture. It was in everything from children’s shows to rock music. But as the hysteria died down, the speculative pendulum began to swing in the other direction. For the first time, the traditional sources of truth and goodness became sources of terror and pain. These films explored the complexity of the church by subverting the traditional roles of good and evil and how they pertain to the human condition. They take traditional idols and question whether they still hold a place in the modern world. Here are five films that I feel best encompass the tone and aesthetic of this particular subgenre yet contribute something unique as stand alone films:

Frailty (2001)
While not technically released in the 90’s, this film was released in the transitionary years so I’m giving it a pass. Written and Directed by the late great Bill Paxton, who also wrote and stares in the film, Frailty tells the story of two young boys who live with their religious fanatic father who believes that he has the ability to see demons. Frailty explores the dangers of fanaticism and it’s correlation with mental illness. It brilliantly places the viewer in the same position of the protagonist as we wonder if we are witnessing divine justice or the desolation of a man succumbing to mental illness. While it bears some pretty obvious similarities to Supernatural, the fantasy elements are far more downplayed. In the CW series, you never question which side of good and evil the protagonists are ultimately on. Frailty examines the minefield of morality, the nature of truth and reality, and the downfalls of familial loyalty. 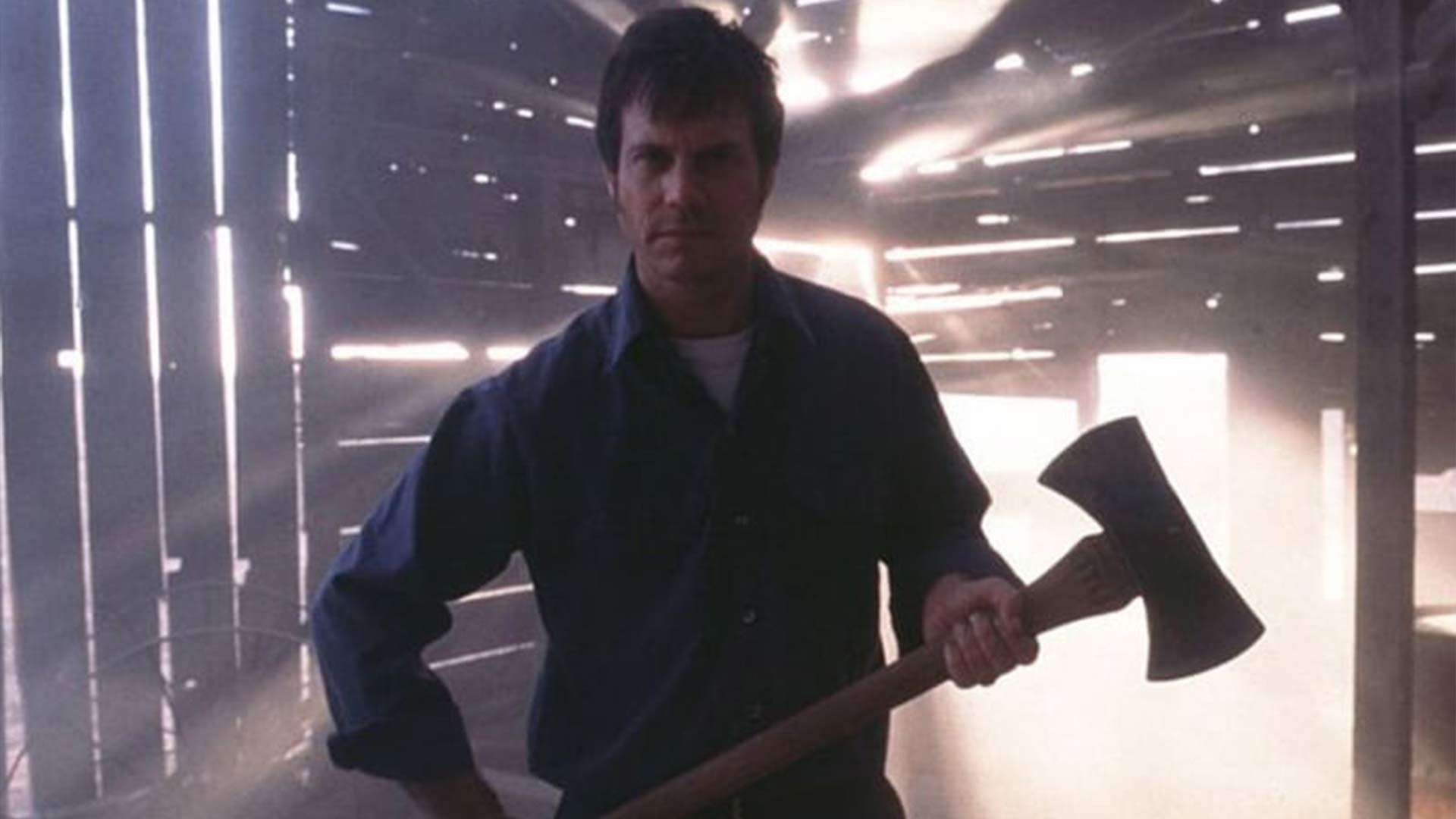 Stigmata (1999)
After receiving an old rosary from her mother, 23-year-old atheist hairdresser Frankie Paige (Patricia Arquette), begins suffering from a mysterious phenomenon known as Stigmata in which she inexplicably endures the wounds inflicted upon Christ during his crucifixion. With the help of ex-scientist, Father Andrew Kiernan (Gabriel Byrne), Frankie must figure out a way to stop the attacks before it is too late. From the inflatable furniture to the strange industrial metal nightclub, Stigmata is a product of the 90’s through and through. Although the overuse of certain decade specific trends has a tendency to date most films, in this case it adds a layer of duality. The ancient languages and relics exhibited throughout, are a stark contrast to the exuberant flashiness of Paige’s lifestyle (not to mention her incredible apartment that she somehow affords on her own). Many cases of Stigmata have been reported throughout the world for centuries, most of which have never been able to be explained as anything more than a hoax. Like most religious phenomena, claims of Stigmata seem to have decreased in recent years. Which is why the film’s overstating of its modern setting hints at a bigger point. It displays how we have moved away from religion over the years, whether it is because we have more scientific understanding of our world and the human psyche or because the modern world does not lend as much time to theological speculation, causing many older belief systems and traditions to die out. Whatever the reason, Stigmata plays up the juxtaposition of the old world and the new in a way that has only been enhanced with time. While it is not the deepest of the films on this list, even with it’s subject matter, it is still an interesting and fun watch with a distinct aesthetic that could be quite satisfying for anyone partial to late 90’s style. 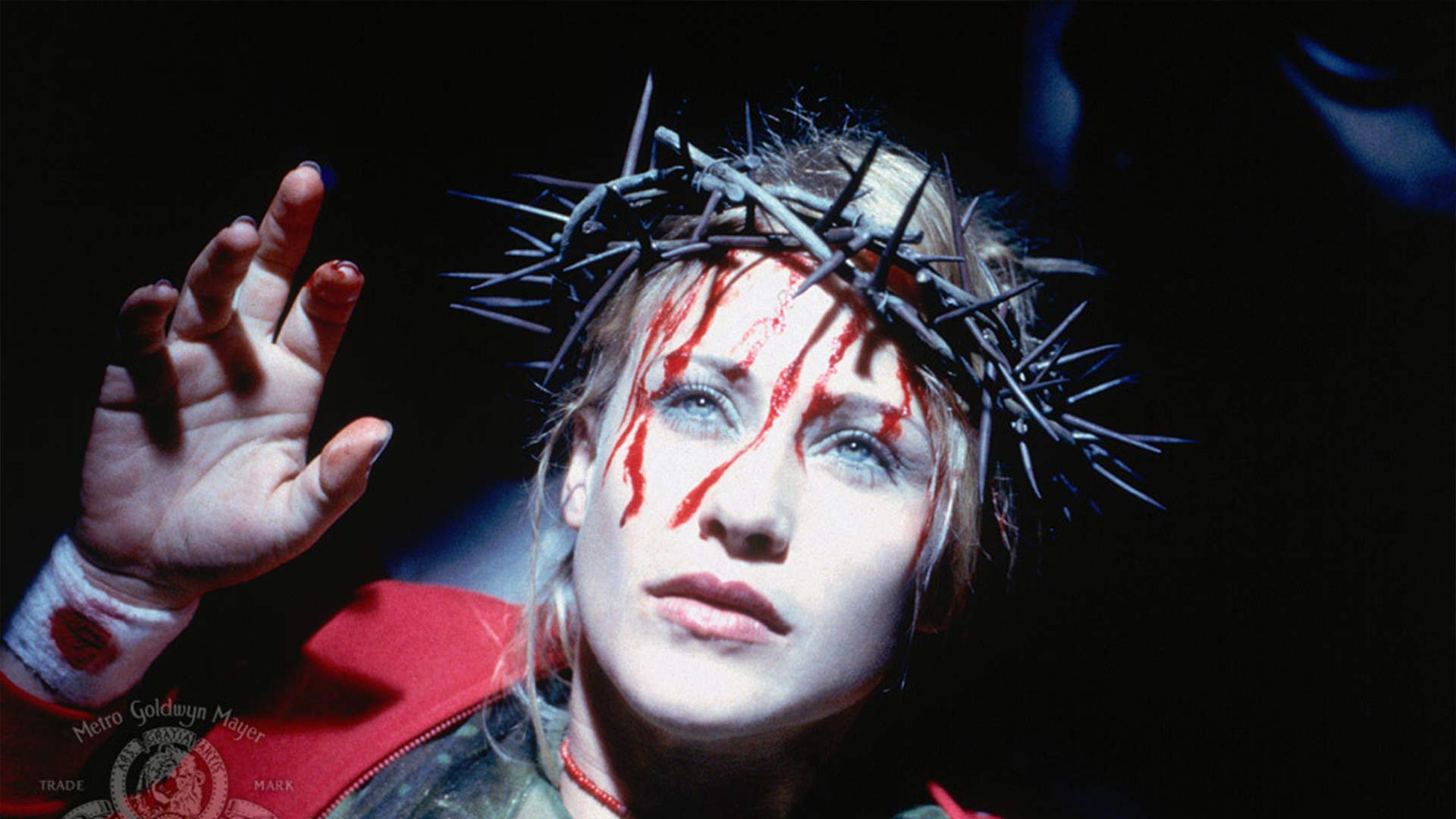 End of Days (1999)
Just before the end of the 20th Century, Satan (Gabriel Byrne, making his second appearance on this list) travels to New York City to procure his bride, 20-year-old Christine York (get it?)(Robin Tunney). When ex-cop, current security officer Jericho (Arnold Schwarzenegger) gets unintentionally involved, it is up to him to protect the girl and save the world before the end of the century. With Schwarzenegger’s fun action movie sensibilities and a pretty standard “Save the Princess” plot, the film doesn’t offer a whole lot more than it advertises. But that is absolutely okay. It’s that mass produced brand of candy that you know exactly what to expect from and occasionally just crave. End of Days is a gleeful amalgamation of the religious thrillers of the time and unapologetically capitalized on the Y2K doomsday craze. Every subgenre needs a satisfying junk-food-film, and End of Days delivers heroically. 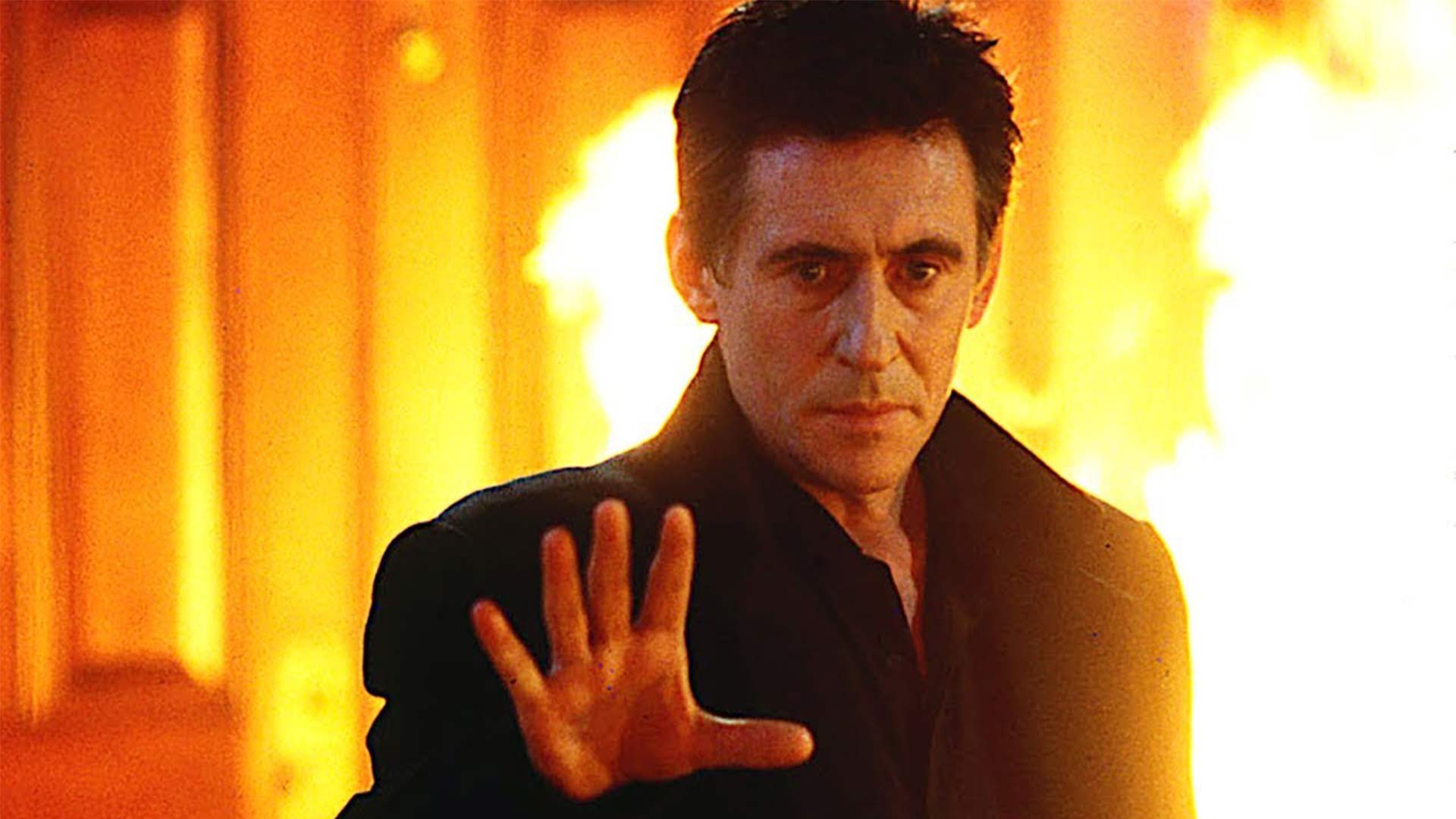 The Prophecy (1995)
Christopher Walken leads an ensemble cast as Archangel Gabriel as he aims to collect a particular soul that could potentially throw off the balance between Heaven and Hell, reinstating an ancient war. Christopher Walken is in rare form in his portrayal of Gabriel, with a quiet, yet off-the-wall intensity only he can truly achieve. This film exposes traditional ecclesiastical roles and the moral confines in which they maneuver. While Angels are seen as a common symbol of fervid Good and the epitome of protection, further gospel research reveals their more malevolent tendencies. Viggo Mortensen also shines with his deeply unsettling portrayal of Lucifer. Not only does he deliver some of the films best lines, but his delivery will make your skin crawl. The film even delivers some almost Ken Russell style imagery. With fabulous performances throughout and a unique and gratifying story to go along with it, The Prophecy easily stands out as one of the more quality horror film of the decade. If you live in the LA area and are interested in seeing this film on the big screen, Screamfest will be holding a screening and Q&A at the TCL Chinese theater on June 15th with director Gregory Widen in attendance. You can find more information through the link at the bottom of the page. 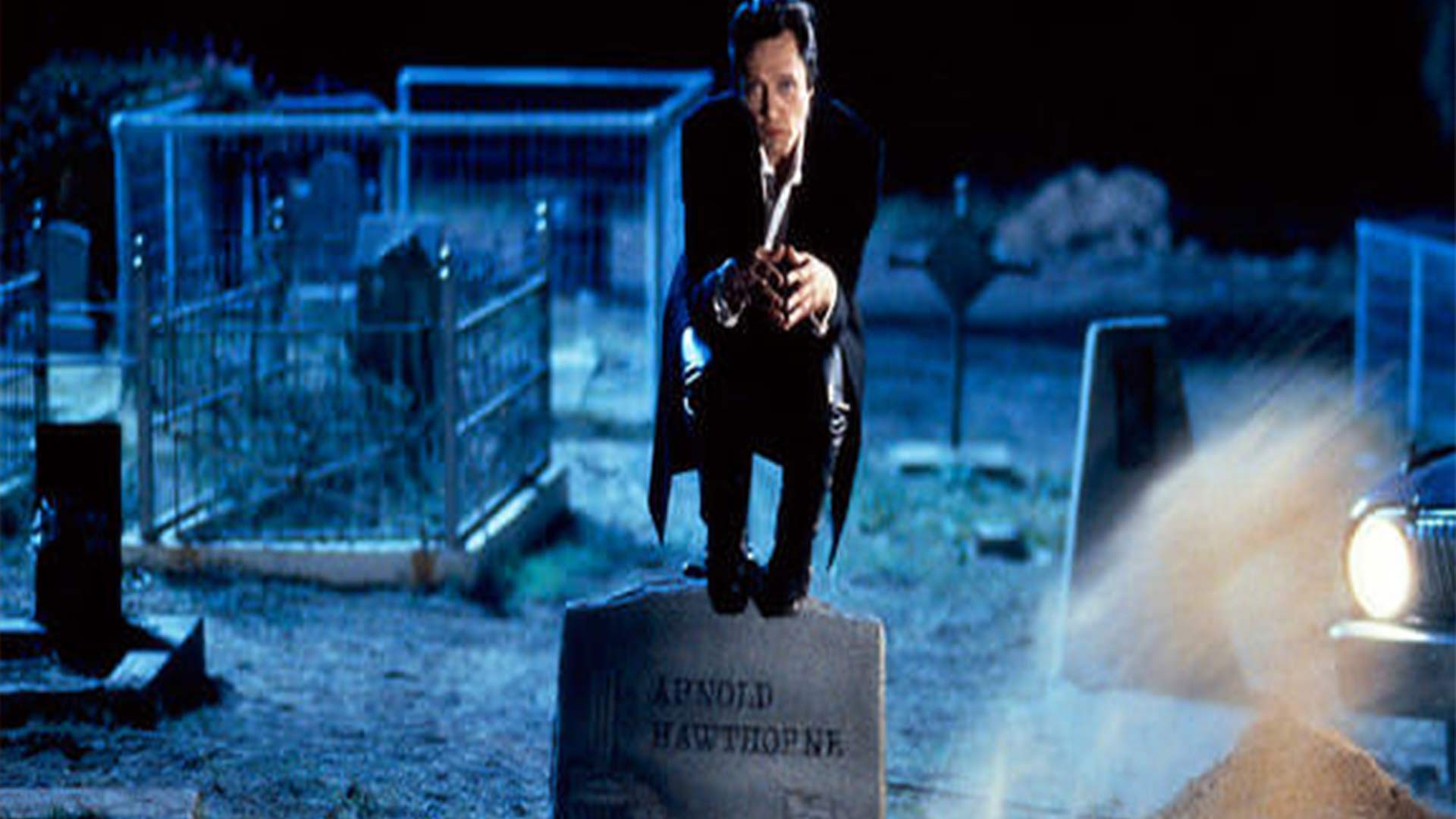 The Devil’s Advocate (1997)
Talented Florida lawyer, Kevin Lomax has never lost a case. When his flawless reputation lands him a job offer in New York City with a high-end firm, he thinks his career is about to take off. Unfortunately, his new boss is not quite who he says he is. A modern morality play, The Devil’s Advocate excels in its noir veneer. Al Pacino plays John Milton, Lomax’s wealthy boss whose blithe approach to life inspires Kevin’s road to destruction. Pacino jumps off the pages of Paradise Lost as he exploits the dangers of succumbing to your own vanity and the temptations found in our modern world. The Devil’s Advocate is another of the films that boils the rules of guidelines of Christian teachings down to its purist form and applies to our modern world. The characters were well-written and relatable, with each talent making bringing their respective archetype to life. The Devil’s Advocate is must watch for any Keanu or Pacino fans. 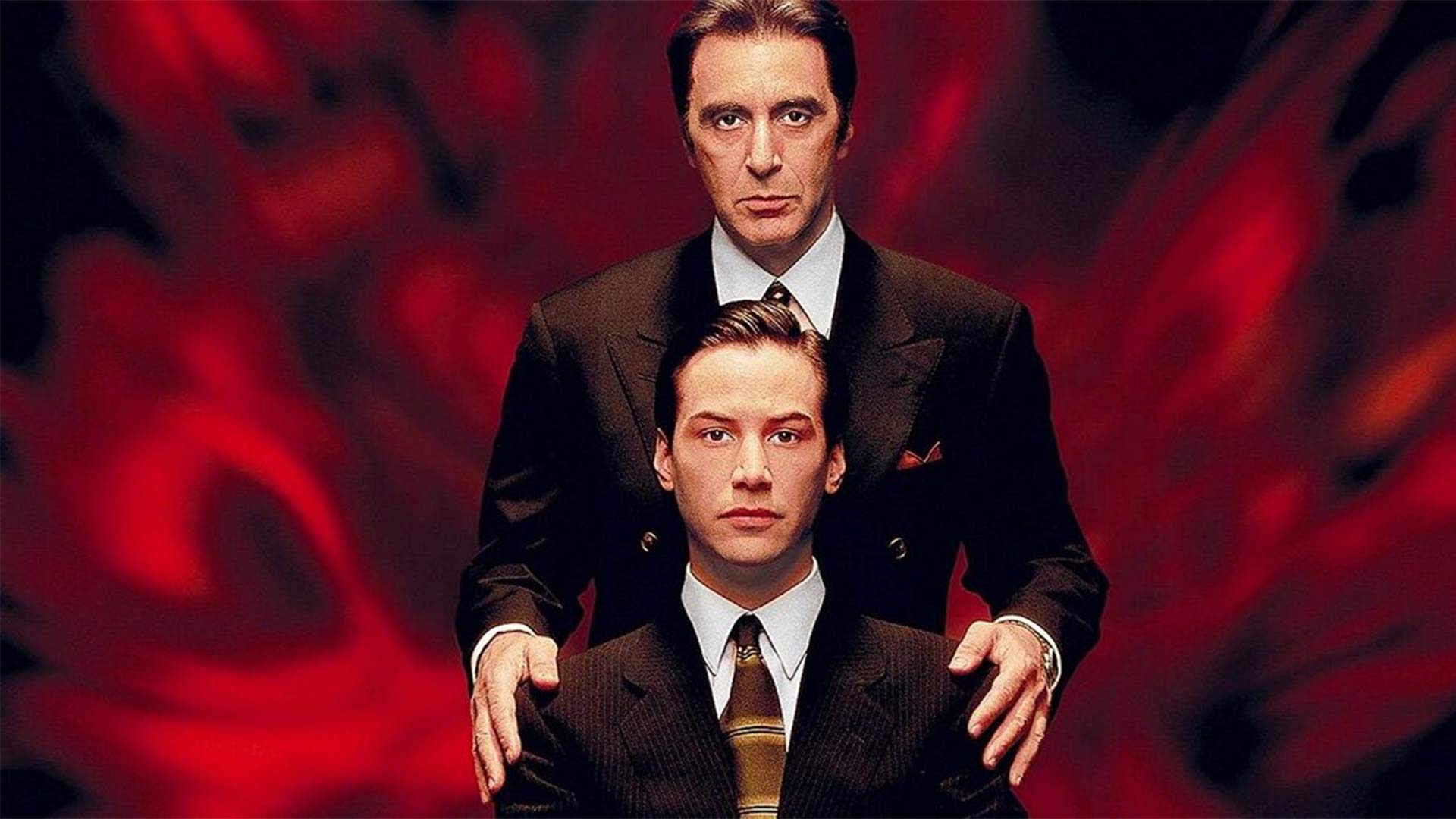 After watching so many of these films in succession, it is easy to pinpoint certain formulas and trends. If there is not a religious iconography montage in the title credits, then there is at the very least a secret clergy meeting at the Vatican. Not to mention the ever-present children’s gospel choir serving as a score. The upswing in Religious Thrillers into the later part of the 1990’s could be attributed to many different pop culture movements, most of which I have addressed here. As the end of the 20th century loomed closer, pop culture was drenched in doomsday propaganda, causing even the most hardened skeptic to briefly entertain the thought of judgment day. The youth of the time was also known for their cultural and political ennui. They had no interest in the traditions and institutions of the past and let their cynicism poke holes in long-held religious institutions. On the flip side, many believed that we had reached a loss of innocence as society and were no longer capable of purity. Regardless of the reasons, the subgenre spawned some fun and original films that act as time capsules. For an opportunity to go back in time and witness one of these films as it is screened back on the big screen at the TCL Chinese Theater, come out for this month’s Fears & Beers Screening of The Prophecy on June 15, 2017. Gregory Widen and Joel Soisson will be in attendance and a Q&A will follow the screening. Tickets can be purchased Here. Come out, have a beer and witness Walken at his best.