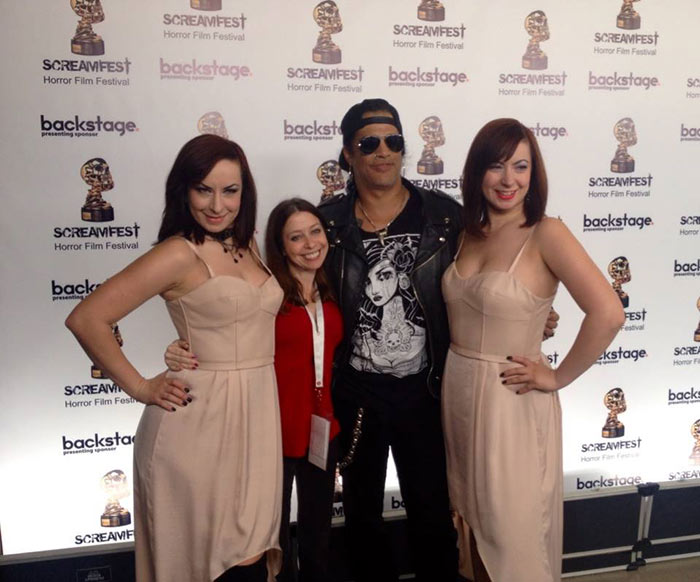 The world premiere of Jen and Sylvia Soska’s feature See No Evil 2 took place October 15, 2014 at the TCL Chinese Theaters in Hollywood.

A direct sequel to the 2006 slasher flick See No Evil, See No Evil 2 was penned by Nathan Brookes and Bobby Lee Darby and revolves around a group of friends who pay a late-night visit to the city morgue to surprise Amy (Harris) on her birthday. But the surprise is on them when the one-eyed corpse of brutal psychopath Jacob Goodnight (Jacobs) unexpectedly rises from a cold sub-basement slab. Their wild party quickly turns into a terrifying slay-fest as the sadistic mass-murderer resumes his savage rampage complete with hooks, surgical knives, and power saws.