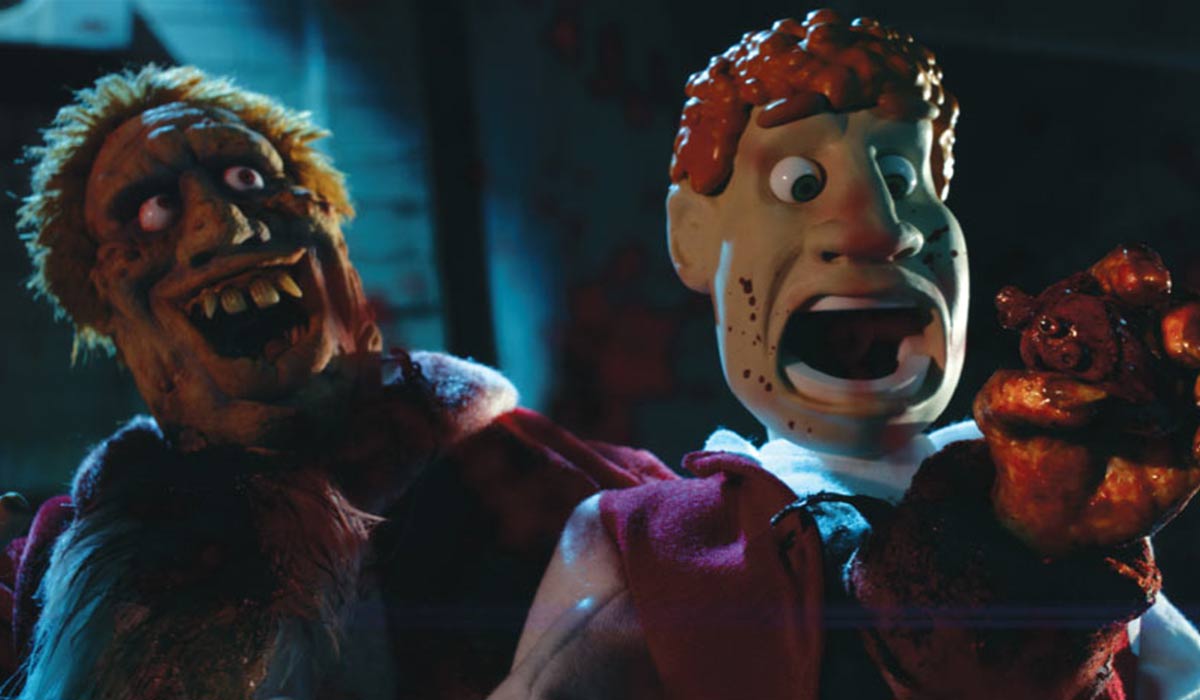 Screamfest second wave was announced today. A great selection of additional films and Gale Anne Hurd is being honored with a Career Achievement reward!

HOLLYWOOD, Calif. – October 4, 2018 – Screamfest Horror Film Festival, America’s largest, and longest running horror movie festival, announces the second wave of its festival line up. The fest, which will run from Oct. 9-18, 2018 at the TCL Chinese 6 Theatres in Hollywood, will showcase the West Coast premiere of The Unthinkable, the West Coast premiere of Welcome to Mercy and the U.S. premiere of the animated feature “Chuck Steel: Night of The Trampires.”

This year, Screamfest will also honor prolific film and television producer Gale Anne Hurd with the Career Achievement Award on October 16th followed by a screening of Aliens and The Terminator. Hurd started her career working with legendary director and producer Roger Corman at New World Pictures. She then launched her career when she produced and co-wrote her first feature film, The Terminator, which was a box office and critical success. This success was quickly followed by Aliens, which received seven nominations and two Academy Awards®. Today, she is not only an executive producer of AMC’s “The Walking Dead,” she also executive produces “Fear the Walking Dead” and consults with AMC’s top-rated talk show, “The Talking Dead.”

Aside from a myriad of the highly anticipated horror films, it will showcase this year, Screamfest will also host the following special anniversary screenings:

In honor of the upcoming 20th Anniversary of the release of Bride of Chucky, Screamfest will present a special screening of the film on October 12th at 7PM followed by a Q&A with writer Don Mancini and producer David Kirschner. Chucky, the doll possessed by a serial killer (Brad Dourif), discovers the perfect mate to kill and revive into the body of another doll (Jennifer Tilly).
The Serpent and the Rainbow

THE SERPENT AND THE RAINBOW

In honor of the upcoming 30th Anniversary of the release of The Serpent and the Rainbow, Screamfest will present a special screening of the film on October 10th followed by a Q&A with David Ladd and Bob Engelman. An anthropologist (Bill Pullman) goes to Haiti after hearing rumors about a drug used by black magic practitioners to turn people into zombies.

This year’s Screamfest will showcase a total of 21 feature films and 60 short films. Badges are currently on sale to the general public at www.ScreamfestLA.com and individual film tickets and day passes will also be available for all films including this year’s second wave line up:

THE UNTHINKABLE – 2018 – West Coast Premiere
**Closing Night film**
Directed by Victor Danell (as Crazy Pictures)
Written by Christoffer Nordenrot & Victor Danell (as Crazy Pictures)
Cast: Christoffer Nordenrot, Lisa Henni, Jesper Barkselius, Pia Halvorsen
Produced by Crazy Pictures
When Sweden faces a mysterious attack Alex is forced back to his childhood village. There he must be reconciled with both his father and youth love, Anna, while they all struggle to survive.

WELCOME TO MERCY – 2018 – West Coast Premiere
Directed by Tommy Bertelsen
Written by Kristen Ruhlin
Cast: Kristen Ruhlin, Eileen Davies, Lily Newmark and Toms Liepajnieks
Produced by Cary Granat, Darren Goldberg, Ed Jones, Joel Michaely, Max Pavlov, Yulia Zayceva, Serik Kushenov and Aslbek Mussin
A young woman struggles against the unholy forces that possess her in this terrifying occult thriller. After being stricken with stigmata, single mother Madaline (Kristen Ruhlin) is sent to a remote convent where nothing is what it seems and her friend August (Lily Newmark) is seemingly the only person she can trust. Together, they must confront the demons inside Madaline before she becomes the Antichrist.

CHUCK STEEL: NIGHT OF THE TRAMPIRES – 2018 – US Premiere of Animated Feature
Directed by Mike Mort
Written by Mike Mort
Cast: Mike Mort, Jennifer Saunders, Paul Whitehouse, Dan Russell, Jonnie Fiori, Samantha Coughlan
Produced by Mike Mort, Rupert Lywood, Randhir Singh, Joseph D’Morais
It’s not 1985 anymore…it’s 1986, and Chuck Steel is ‘the best God damn cop on the force’ according to his long-suffering boss, Captain Jack Schitt. But even this maverick, renegade, loose cannon, lone wolf, cop on the edge, who doesn’t play by the rules has his work cut out when the Governor of LA decides to reduce the licensing hours for clubs and bars triggering a sudden, inexplicable spate of high profile disappearances in the city. The disappearances all have the same thing in common, a crime scene covered in blood but with no sign of the victim. The police are perplexed until they get a break in the case when one of the victims manages to escape. Chuck goes to interview the victim at the hospital but is confronted by a crazed old man who introduces himself as Abraham Van Rental. He warns a disbelieving Chuck that an evil scourge is about to descend on the city of Los Angeles – the scourge of the TRAMPIRES – a mutated hybrid of vampire and tramp…