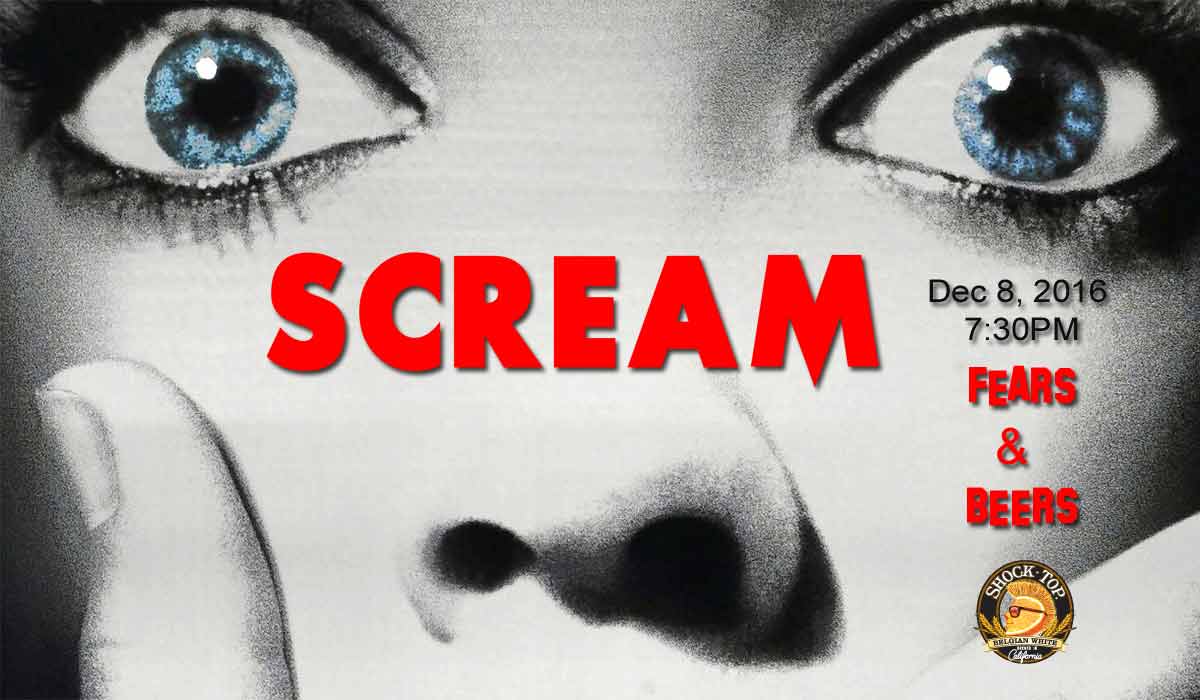 Boozing it up at bars is fun and all, but even that can get boring after awhile. The antidote is the Fears & Beers screening of SCREAM on Thursday December 8th at 7:30PM at the TCL Chinese Theatres 6 in Hollywood & Highland. Join us for a fun evening of SCREAM trivia with PRIZES!! A Q&A follows the screening.

The original title of the film was Scary Movie, but it was changed to Scream by the Weinstein brothers—then the heads of the film’s production company, Miramax—in the middle of production. They allegedly decided on the change because Harvey Weinstein was listening to the Michael Jackson song “Scream” in his car with his brother Bob. They both liked the title for a horror movie.

The sleepy little town of Woodsboro just woke up screaming. There's a killer in their midst who's seen a few too many scary movies. Suddenly nobody is safe, as the psychopath stalks victims, taunts them with trivia questions, then rips them to bloody shreds. It could be anybody...

Tickets are $16.00 and includes a complimentary beer. Purchase your tickets by clicking the ticket link. Trivia game with Prizes! A Q&A will follow the screening. Let the SCREAMS begin!