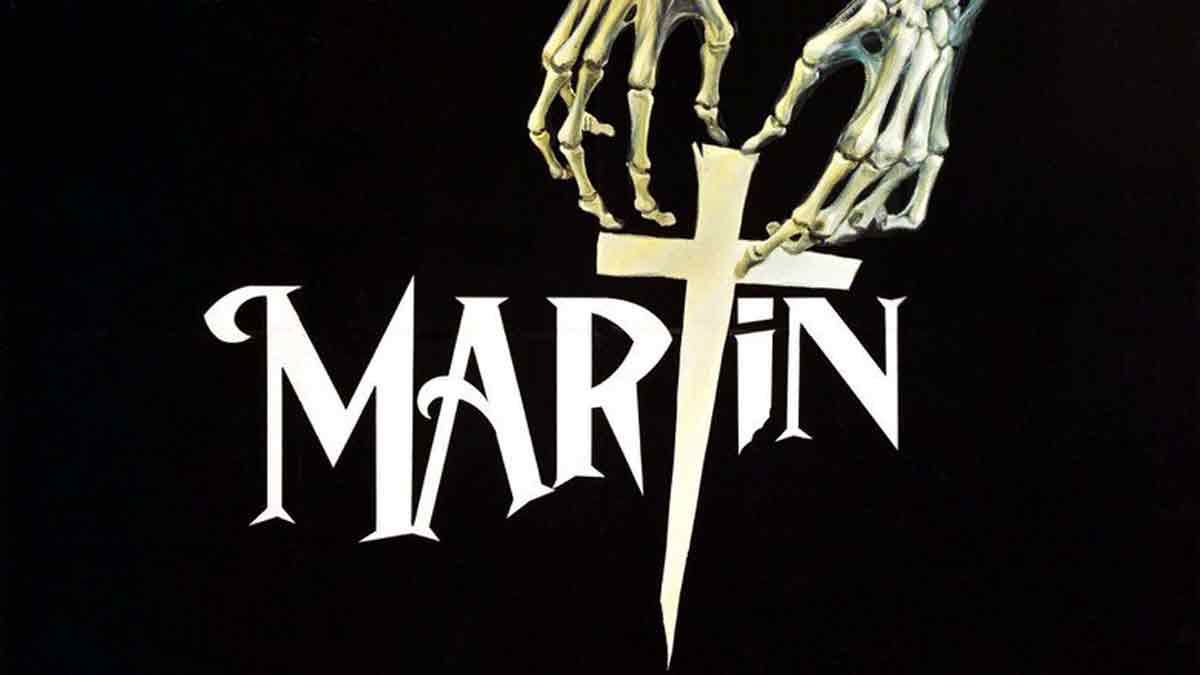 RIP George Romero: A Look Back at Martin

This past Sunday, we experienced yet another crippling tragedy in the horror community. The death of George A Romero is the kind of loss that feels deeply personal. He has inspired filmmakers and fans alike and for many (if not most) his films were what first kindled our love for film and the genre. I’ve already seen an influx of articles and screenings paying tribute to this incredible filmmaker, and uncle we wished we had. When I was eleven years old, I took an interest in horror films. At first it was only one or two just to see what I could handle but I quickly began consuming anything I could get my hands on,. Although initially hoping it was only a phase, my mother accepted my newfound passion, and decided to encourage my interest in the best way a parent can, with education and relation. She went out and bought me several classic horror films, among them The Brain that Wouldn’t Die and the House on Haunted Hill, but the one that she seemed especially enthusiastic about, was a black and white zombie flick called The Night of the Living Dead. Now this film, she claimed, was one of the scariest films she had ever seen as a kid. It had stuck with her for months, even years afterwards and a certain scene involving a trowel continues to horrify her to this day. After receiving these films for Christmas, I watched them all pretty frequently, but Night of the Living Dead had found an almost permanent home in my dvd player. 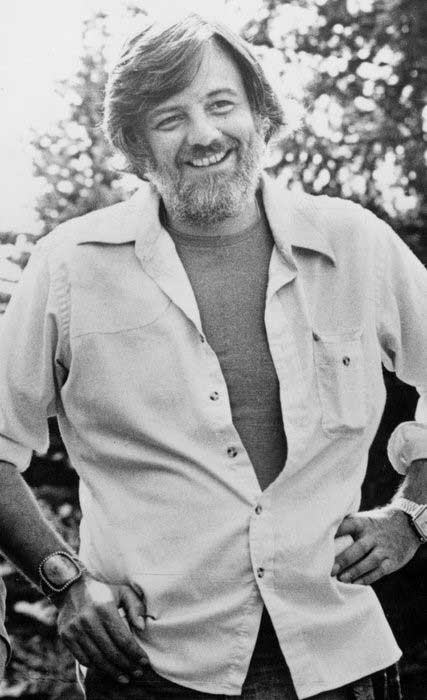 There was something special about this film that even my eleven-year-old perspective could respond to. The characters felt real and relevant even three decades later. The ensuing career the film had launched for Romero was legendary yet humble. He represented a filmmaker that embraced his legacy with open arms and never lost sight of his roots. He was the father of the modern zombie, and boldly accepted that responsibility. Despite this more concentrated career, Romero was not a one-note director. His ability to collaborate with other top talents led to anthology films like Creepshow with Stephen King and Two Evil Eyes with Dario Argento. Yet, of all of his films, there is one that really stands out for me and one that he recalled as his own personal favorite, despite the fact that it was largely overshadowed by the release of Day of the Dead. So in the wake of his departure, I would like to pay tribute to this incredible director by taking a look at my personal favorite.

Nine years after Night of the Living Dead and one year before the release of Dawn of the Dead, George A Romero released a quiet vampire film called Martin. The film begins with a young, modestly alluring man attacking a young woman on a train. After drugging her in her compartment, he slits her wrists and drinks her blood. We follow Martin, played by John Amplas, as he meets an older man at the station and accompanies him to the older man’s home. We quickly learn that this man identifies Martin as a vampire and that he is his cousin Cuda (Lincoln Maazel) and will be reluctantly allowing him to stay with him after the death of Martin’s family. Being deeply religious, Cuda believes Martin is inherently evil and sets down some very strict parameters for his stay, including barring him from feeding in the city and interacting with Cuda’s granddaughter Christina (Christine Forrest) who also stays in the house. Despite this rule, Christina and Martin become quick friends, as Christina does not share her grandfather’s beliefs, rejecting their family’s “secret shame” of a vampirism gene that runs in the family. Although Martin openly mocks Cuda’s belief in magic, Martin does seem to agree that he is a vampire, although not in any supernatural sense. Christina believes Martin is only mentally ill, a victim of their family’s brainwashing. The rest of the film follows Martin as he adjusts to his new home and battles with his thirst and how it ties in with his personal identity and sexuality. 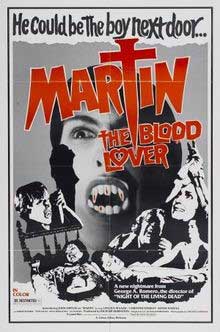 Although the question of whether or not Martin is a vampire is present throughout the film, it is not an overwhelming plot point. It is presented as more of a question to what a vampire is in the first place. Much like Romero’s zombies, we are not given a long explanation about why they exist, because in the end, it doesn’t matter. These films are about people in unfortunate situations and how they ultimately deal with them. Whether or not Martin is really a vampire is irrelevant. We empathize with him and root for him, despite his murderous tendencies. He is a victim in either situation, either a victim to his biology, or to his family’s dogma. Because of this, Martin is in many ways a tragic and fairly nihilistic film. Much like his other films, Martin reflects the idea that humans themselves are victims to our own customs and cultures. Romero rejected the common idealistic manner of story telling, where good always triumphs over evil. Favoring a more realistic and cynical approach to his stories. The strong willed do not always survive and often become cannon fodder due to other people’s ignorance or selfishness. Although Martin falls under Romero’s “victim of society and circumstance” umbrella, it feels less about social commentary and more about the random cruelty of life and how our family and surroundings can affect us. It explores the complexity of morality and about how people must navigate their way through life the best they can despite the hand they were dealt.

Underneath the low budget, exploitation-style grittiness of Martin, lies a deep, relatable story about struggling with your identity. Despite it’s cynicism, it doesn’t feel entirely cold. John Amblas delivers an earnest and wistful performance as the tragic title character. He reveals the complexity of Martin’s personality slowly throughout the film, letting the audience peel away the layers of his personality. Despite his initial passive acceptance of his condition, he welcomed alternate outlets for his thirst, not wanting to be a monster. On the other hand, he also romanticized his vampiric behavior, with what seems to be black and white fantasies intercut throughout the film. The juxtaposition of the black and white B-movie style and the difference of how reality actually plays out, shows how people romanticize the tragedies and evils of life as either a coping mechanism or an excuse to justify their bad behavior. In many ways, Martin is one of Romero’s most ambitious films, yet he 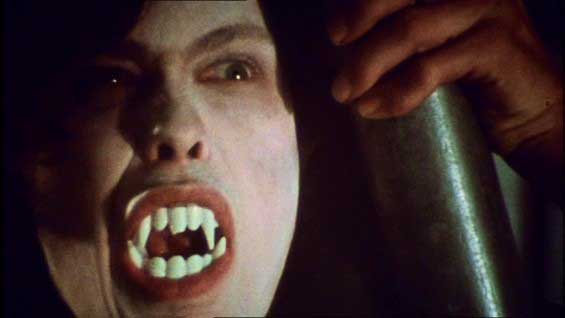 blends all of his intended elements successfully. I highly recommend this film for any fans of Romero and I can only hope that this film can be dusted off and finally receives the praise it deserves.

Although my introduction to the films of George A Romero was not particularly exciting or unique, his films meant a lot to me growing up, and that is what made him so special. It is such a rare thing to inspire decades of people so collectively. So as we all say goodbye to an icon and exceptional human being, I hope we can tap into that collective passion that he inspired in us as kids. Because, despite the cynicism of his films, there was still an undercurrent of humor and hope that is appealing on a basic human level. His films recall nostalgic memories of darkened living rooms in your pajamas and staying up late with friends. Even as got older and wrote countless essays in school about the social commentary in his films, I realized just how honest and meaningful horror films could be. He understood film and he understood people. So pay your tributes and celebrate his life and career as best you can because he truly deserves it. Rest in peace, George, you will be deeply missed.