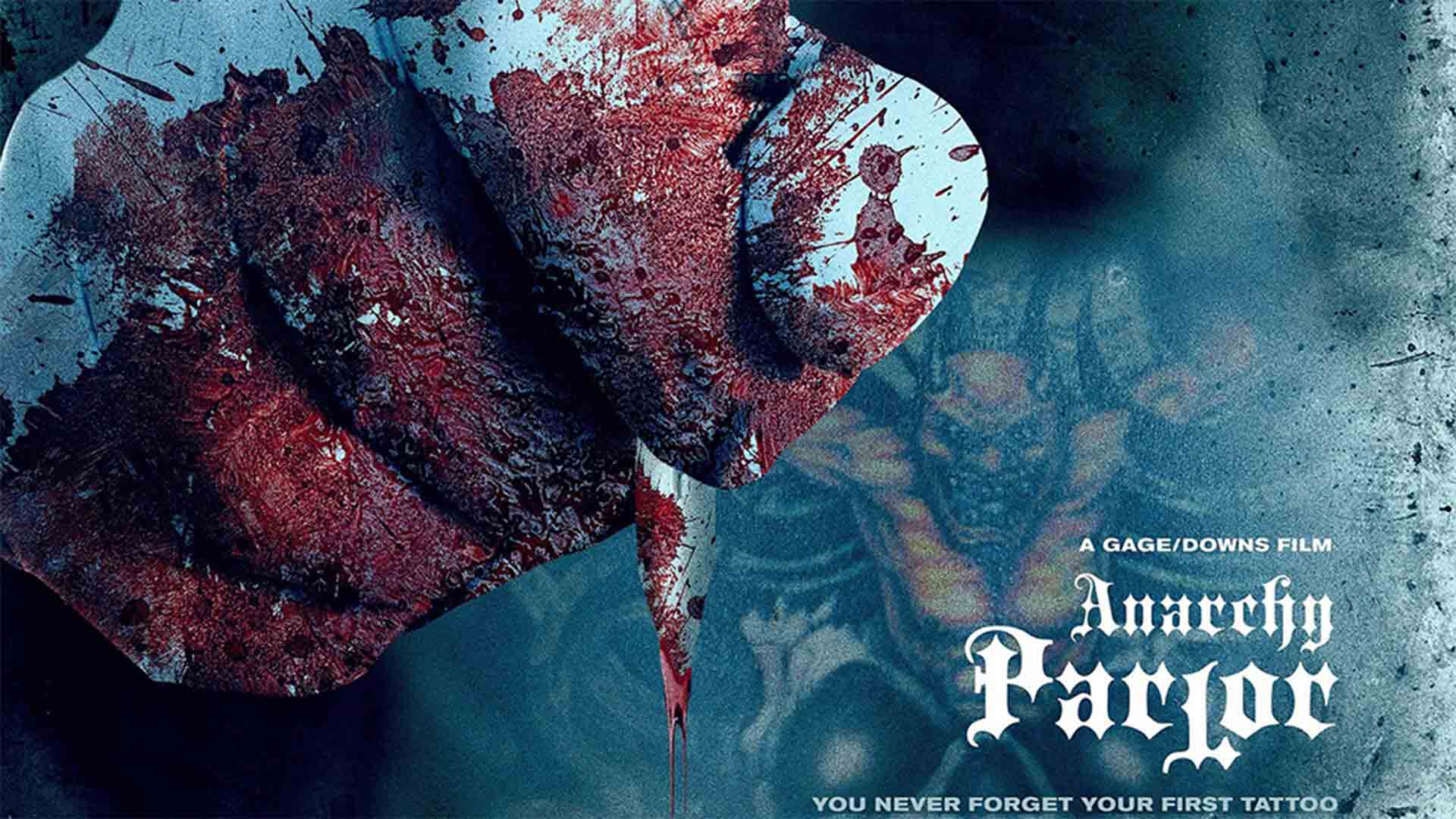 El Segundo, CA (April 30, 2015) – Nolan Gallagher, Founder and CEO of Gravitas Ventures, has announced the acquisition of North American rights to the high production horror film ANARCHY PARLOR, which premiered at the 2014 Screamfest Horror Film Festival. The theatrical release for the film is planned for June 19, 2015 with a pre-theatrical release on VOD May 12, 2015.

ANARCHY PARLOR is a horror film about a mysterious nomad simply known as the “Artist” who practices a dark art form passed down through the generations. He creates much more than tattoos for tourists who visit his Lithuanian Tattoo Parlor. Shot entirely on location in Vilnius Lithuania, ANARCHY PARLOR features two well-known cast members in the tattoo and horror world. Heavily tattooed lead actor Robert LaSardo (Death Race, Nip/Tuck, Human Centipede 3) portrays “The Artist”, and Sara Fabel (well-known Finnish tattoo artist and model) plays his seductive apprentice “Uta”. Anarchy Parlor will be a frighteningly, terrific thrill to the die-hard fans.

ANARCHY PARLOR is written and directed by Kenny Gage (Raze) and Devon Downs. This will be the first in the franchise of a new twist on horror films with the “Artist” an amazingly creepy character that rivals “Jigsaw” in Saw or “Hannibal Lecter” in The Silence of the Lambs. According to Moviepilot, Anarchy Parlor is “a gruesome, gory, blackly funny movie that finds perverse glee in taking all the overused clichés of splatter films and turning them upside-down.”

“Our conceit from the outset was to center the story around the traditional ‘bad guy’ archetype instead of the victims,” said Gage. Downs adds, “Our film is scary, yes, intense, yes, gory, hell yes, but it is also fun!”

Commenting on the company’s acquisition of the film Julie Candelaria, VP of Marketing at Gravitas Ventures, said, “Gravitas is thrilled to work with such talented filmmakers and excited to bring an original horror film such as this to the horror fan audience. With this unique twist and such a talented cast, we know audiences are going to love it.”

The deal for ANARCHY PARLOR was negotiated by Nolan Gallagher, Founder and CEO, Gravitas Ventures and Ben Weiss and Meghan Oliver from Paradigm.