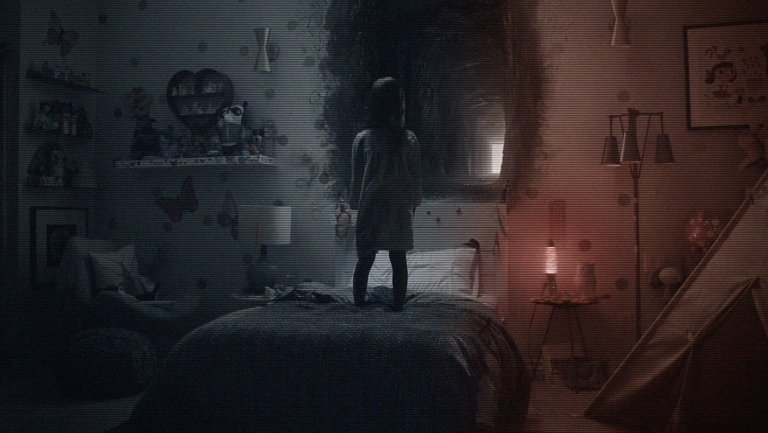 'Paranormal Activity: The Ghost Dimension' to Premiere at Screamfest (Exclusive)

The scary movie will close out the horror film festival. Paranormal Activity: The Ghost Dimension will premiere as the closing night of the Screamfest Horror Film Festival, playing in RealD 3D at the TCL Chinese Theatre Thursday, October 22, the day before its wide release.

The move is a homecoming of sorts for the scary movie franchise as the first Paranormal made its debut at the festival, the largest and longest running horror festival in the U.S., in 2007.

“We are thrilled to have the Paranormal Activity: The Ghost Dimension premiere close this year’s festival,” said Screamfest founder and festival director Rachel Belofsky. “We are so proud of Oren Peli and his success with the franchise. It’s great to have him back in the festival where it all began.”

The original movie, which Peli wrote and directed, had a platform release via “Demand It” fan screenings before going wide in 2009. In a nod to the importance of fans to the franchise, Screamfest, in a first, will simultaneously screen the movie in those original 12 markets

“It's incredibly exciting, and somewhat surreal, to premiere the final installment of the Paranormal series at Screamfest where the first film premiered eight years ago,” said Peli “These films continued to be made because of the incredible fans that supported them from the very beginning, so I look forward to bringing the series back to its roots to honor them.”

2007’s Paranormal was one of the movies that launched the found footage style of storytelling that proved not only compelling for the new social age but also hugely profitable. The story told of a family moving into a new home only to find a demon in their midst.