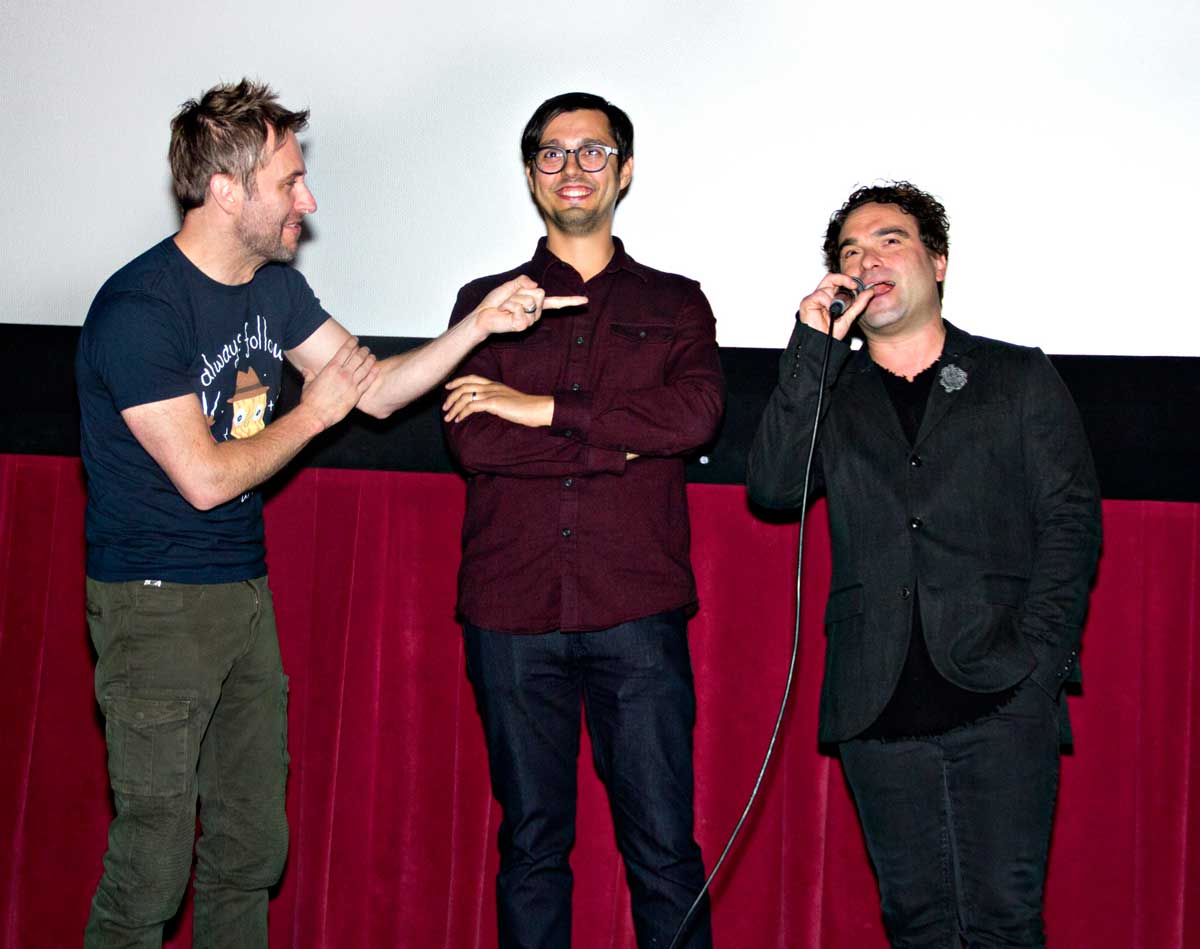 The imaginative fantasy horror movie, ‘The Master Cleanse,’ celebrated its Los Angeles premiere at the 16th annual Screamfest Horror Film Festival. The movie’s L.A. premiere at the TCL Chinese 6 Theatres took place October 22, 2016. In attendance were actor-executive producer Johnny Galecki and filmmaker Bobby Miller, who made his feature film writing and directing. Bobby Miller is a Screamfest alumni with his short film Tub that premiered in 2010. Other special guests at the screening included actors Chris Hardwick who moderated the Q& A following the screening. ‘The Master Cleanse’ follows Paul (Galecki), who was recently left at the alter, and seems destined and content to now wander through life without a clear sense of purpose. However, his outlook on life suddenly changes after he sees a television commercial that advertises a spiritual retreat in the mountains. Hoping that the retreat can deliver on its promise to inspire complete renewal in him, he visits its website to find more information. After following the website’s cryptic instructions, Paul finds himself in an anonymous corporate office. Along with a few other people who are in similar emotional situations, they’re all encouraged to discuss their deep emotional pain on camera, which serves as an audition reel for the retreat. Paul captures the attention of the retreat’s officials, so he’s soon sent into the mountains with a derisive group of individuals. The group is then introduced to their whimsical guide, Lily (Anjelica Huston). - KAREN BENARDELLO

Check out more photos from the pre-party, red carpet and Q&A of ‘The Master Cleanse’s L.A. by clicking here.