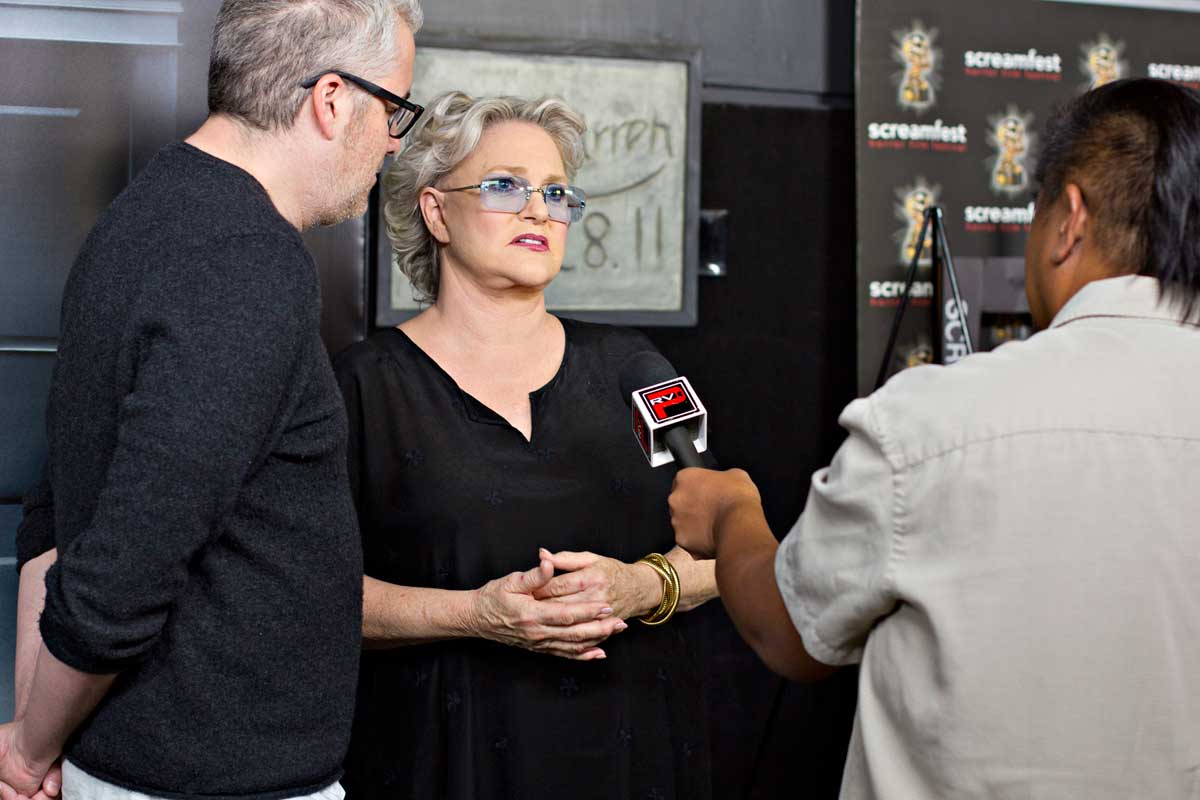 The EXCLUSIVE Free Screening of Fox's THE EXORCIST, Inspired by the classic movie with DVD giveaways & party courtesy of Scream Factory took place on October 21,2016.

The evening began with the screening of Chapter Five: Through My Most Grievous Fault and concluded with a Q&A moderated by Deadline's Dominic Patten which included Exorcist producer Rolin Jones, chapter 5 director Jason Ensler, and surprise guest actress Sharon Gless who plays Chris Macneil on the show. The Q&A discussed some of the technical aspects of shooting the series and how their respect of the original film is presented in the series. Actress Sharon Gless made her debut on the evenings episode screening. A party was held at Sid's Bar located in the theater lobby after the screening where everyone who signed up for the free screening was given a complimentary drink.

BloodyDisgusting says it is the " most epic episode to date." Come experience it yourself before the episode airs!

Watch The Exorcist Fridays at 9/8c on FOX.