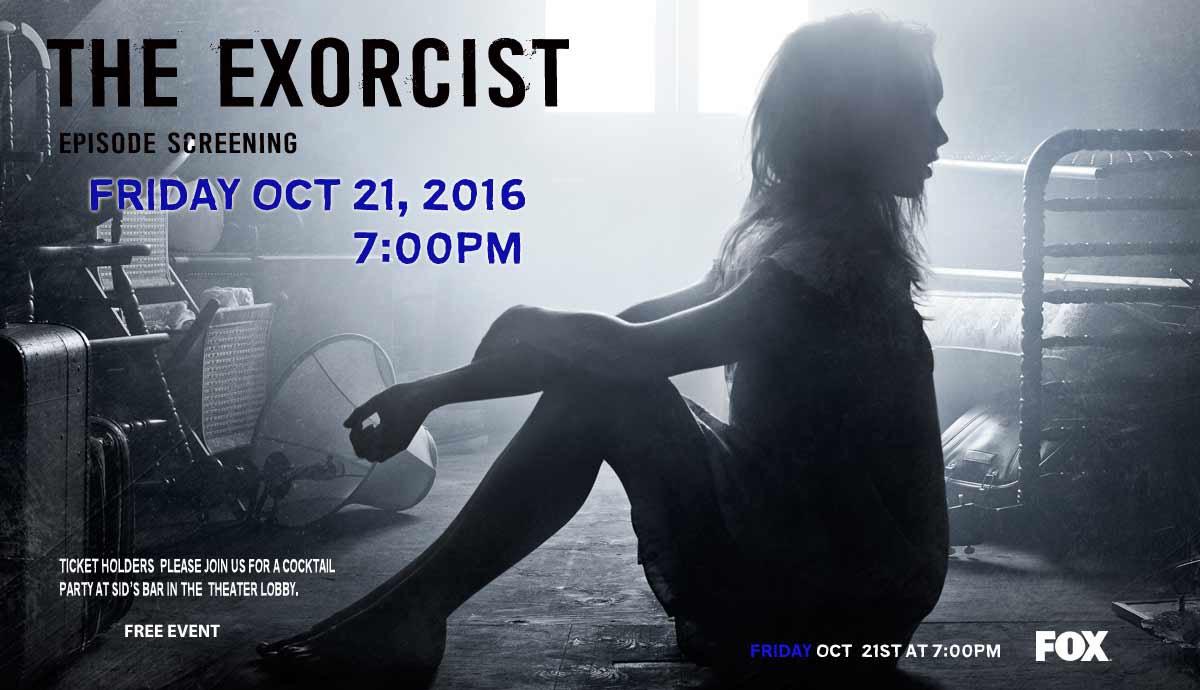 Join us for the EXCLUSIVE Screening of Fox's THE EXORCIST, Inspired by the classic movie with DVD giveaways courtesy of Scream Factory. Q & A follows the screening with Executive Producer/Show Runner Rolin Jones, Director Jason Ensler & Surprise Guest! Moderated by Deadline's Dominic Patten.

BloodyDisgusting says it is the " most epic episode to date." Come experience it yourself before the episode airs! http://bloody-disgusting.com/news/3411295/exclusive-casey-goes-full-demo... Get FREE tickets to this amazing event by clicking on the GET TICKETS button and submit the form. Come to the WILL CALL table located in the Chinese 6 Theater lobby to check in. Then join us for the AFTER PARTY at Sid's Bar located in the theater lobby.

Widely regarded as the greatest horror movie ever made, “The Exorcist” broke box office records and terrified audiences around the world. Now, more than four decades later, THE EXORCIST returns as a contemporary psychological TV thriller following two very different priests tackling one family’s case of terrifying demonic possession. Airing Fridays at 9/8c on FOX The series stars Academy Award and Golden Globe winner Geena Davis (“Commander in Chief,” “Thelma & Louise”), Alfonso Herrera (“Sense8,” “The Chosen”), Ben Daniels (“Flesh and Bone,” “House of Cards”) and more. “Like” THE EXORCIST on Facebook at facebook.com/The Exorcist FOX. Follow the series on Twitter @TheExorcistFOX and join the discussion using #TheExorcist. See photos and videos on Instagram by following @TheExorcistFOX. Logline: The exorcism begins. As the storm of the century descends upon Chicago, Father Tomas and Marcus engage the demon in spiritual warfare. But the demon is ready and waiting with a few secrets of its own. Meanwhile, the demon's manipulations slowly begin to drive a wedge between members of the Rance family. Loyalties will be tested and lives will be forever changed in the all-new “Chapter Five: Through My Most Grievous Fault” episode of THE EXORCIST airing Friday, Oct. 21 (9:01-10:00 PM ET/PT) on FOX.