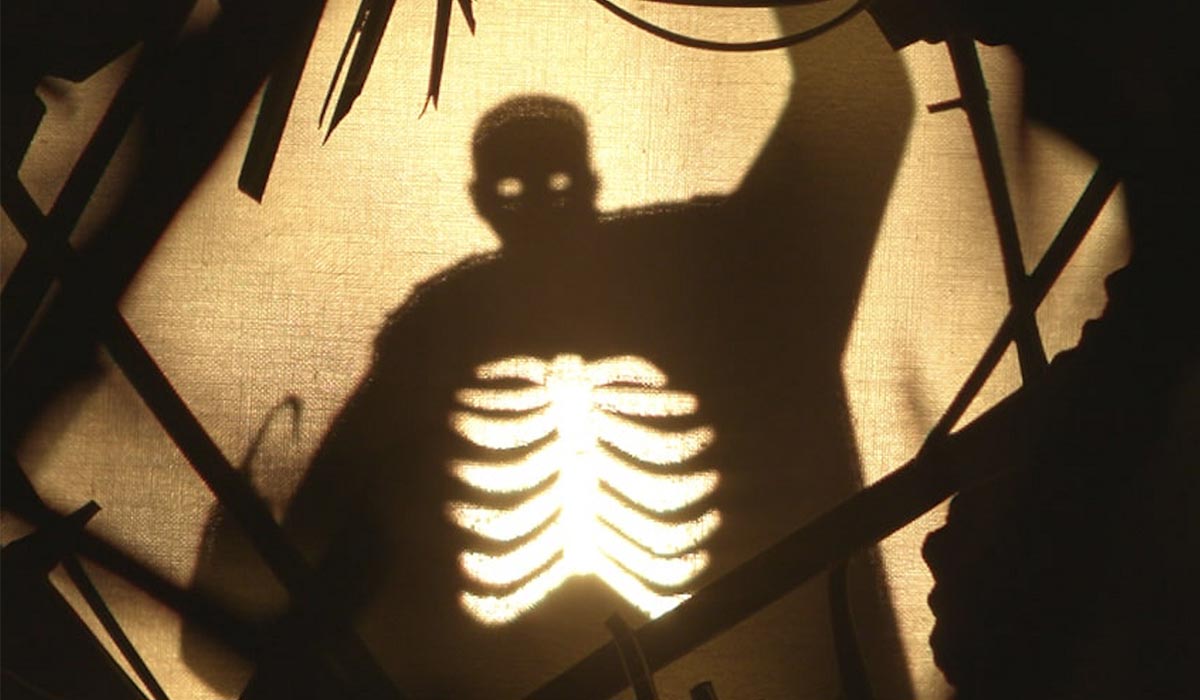 "At least there's a commentary..."

That was a recurring thought in my head throughout the DVD era; I'd see a movie I enjoyed (but perhaps didn't outright LOVE) on the shelf at a decent but not great price, and justify the purchase by feeling I could get double the viewing enjoyment by watching the commentary on an otherwise bare-bones disc. For a while, commentaries were practically a guarantee for any major film when it hit disc - some even had multiple tracks, even if they weren't exactly high art. I remember watching Resident Evil: Apocalypse *four* times the week it came to DVD: once to watch the film, then again for each of its three commentaries. Even if there wasn’t much in the way of deleted scenes or behind the scenes features, there would be a director commentary to sweeten the deal.

But over the years, the practice has been largely abandoned from newer films released by the major studios. It's not hard to see why; with more people preferring to stream the films, the physical DVD/Blu is practically an afterthought - there are some theatrically released movies that haven't come to disc at all, let alone with bonus features (The Empty Man, for example, hit theaters a year ago and still has no physical release even scheduled). Some keep the tradition up; the new Saw film, Spiral, has a pair of tracks (one with the director, the other with the producers), but that's the exception where it was once the rule. Boutique labels releasing special editions of older films remain committed to historian tracks and the like, but it's increasingly rare to find a director sitting down and discussing the film while it's still fresh in their head.

I was hoping the new Candyman would buck this unfortunate trend, but alas - the only audio options involve the film's actual soundtrack. It's not a bare-bones disc, thankfully - director/co-writer Nia DaCosta, producer Jordan Peele, the cast, etc are all on hand for video-based supplements, but everything they're saying is reduced to sound bites, where anyone with decent hearing can probably spot where their thoughts are being truncated to form something easier to digest before cutting to another film clip. None of these featurettes last more than five or six minutes, and so - while they're not without merit - you are constantly feeling like they're barely scratching the surface of more interesting areas to explore. 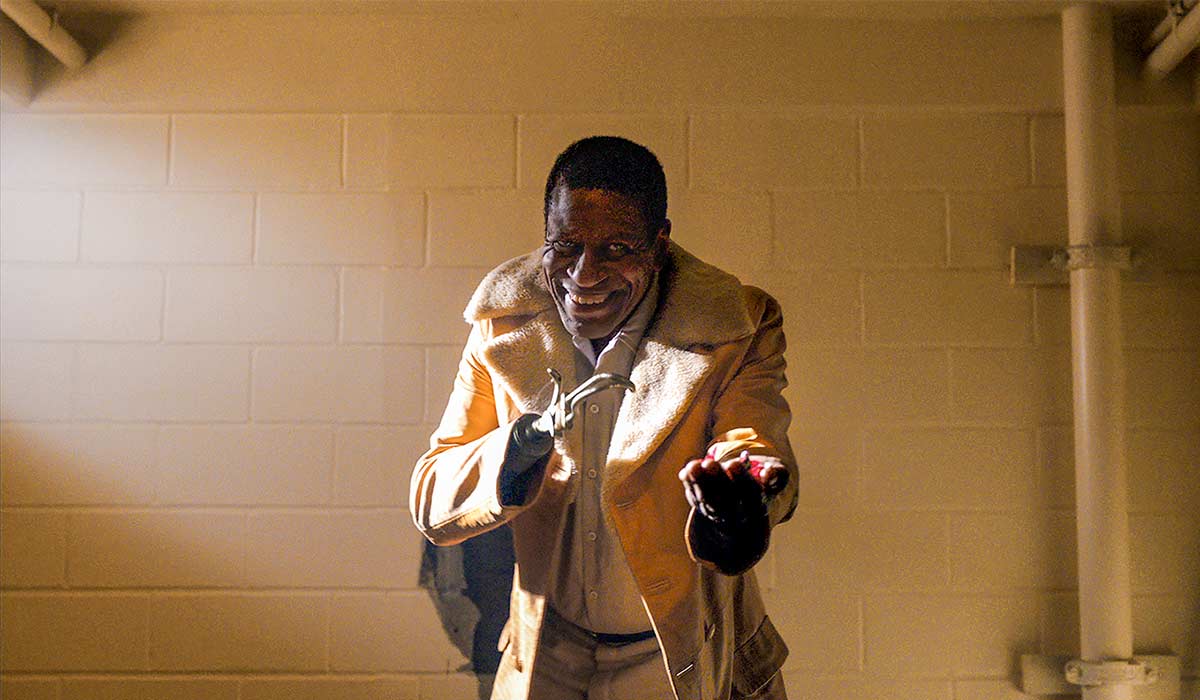 And that's true with even the junkiest slasher film, but frustrating in particular for a film like Candyman, which is tackling huge issues (police brutality and the effects of gentrification chief among them) in a 90 minute film that also has to serve as Candyman 3* while introducing an entirely new cast. I think the film works overall, but there are definitely elements that feel truncated or underdeveloped, particularly in the breathless final reel. After a well paced first hour or so, the movie kind of goes in fast forward mode, elevating a minor character to perhaps its most important one and leaving you thinking "Well it might have been nice to have spent a little more time with that person prior to this reveal." And DaCosta packs the film to the gills with visual metaphors and symbolism, some of which may not even be picked up on by an audience that's simply trying to invest themselves in the story and its characters.

All of which just had me thinking, when I first saw the movie, that I couldn't wait to hear her commentary track (and/or one from Peele, who provided a terrific track for Get Out but, in keeping with the tradition that inspired this article, didn't do one for Us), thinking maybe she could defend and maybe even change my mind on a few of the things that didn't work for me. But there's little chance of that in a quickie featurette that, even with the occasional spoilers, feels more like something promotional than aimed at peeling back the layers of its narrative. Again, this is a movie that has a lot to say, from intelligent filmmakers who obviously aren't being elusive about their thought process and their ideas - why can't we hear from them in depth?

This is especially frustrating when it comes to the collection of deleted scenes and the "alternate" ending, which I put in quotes because there's nothing alternate about it - it's merely an epilogue that they opted to cut. In the new ending, we catch up with the surviving characters some time later at an art gallery celebrating Anthony's Candyman-inspired work, seeing that it's clearly both successful and that the people are engaging with it (a nice contrast to an earlier scene in the film where the audience wasn't connecting to his newest pieces). Why was it cut? Well... I have no idea! In the olden days (less than a decade ago), excised material like this would almost always include optional commentary by the director, explaining why it was cut, where it would have gone in the film (if the scene itself lacked the context), etc. But without that insight, we are left to wonder why such scenes were dropped. In the case of the ending I think the one they have is just fine, but the other scenes, all of which are actually longer versions of ones that are still in the film (two with the art critic, one with Brianna's father, and one with the ill-fated white girls in the bathroom), are all interesting additions that wouldn't have slowed the film down or anything, so knowing why they were snipped might have been nice. 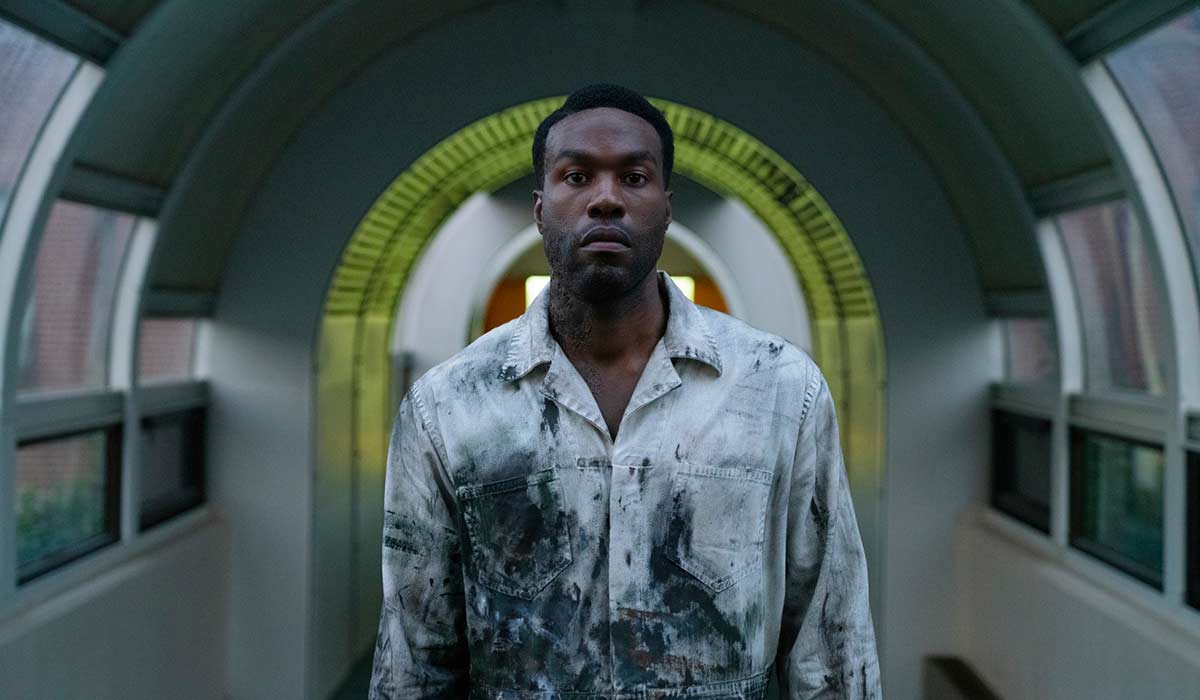 To be clear, I don't feel we as an audience are "owed" such explanations, nor should filmmakers feel they have to record one if they simply don’t want to (like Steven Spielberg, who has famously sworn off doing them). For all I know, the studio begged everyone from DaCosta and Peele down to the extras to come in and do a track only for them all to refuse. But, again, considering how prevalent they used to be, it can't just be coincidence that they are such unicorns nowadays, with even veteran filmmakers who traditionally provided tracks being MIA on their recent films. Ironically, the best bonus feature on Candyman is a roundtable discussion hosted by Colman Domingo, who plays Burke in the film - and has him playing key scenes from the film to prompt discussion between the others (including Tananarive Due, who is always fascinating to listen to and honestly, could have probably done a solo track herself). It's only here that we can really get some in-depth insight about the film's larger themes and how they speak to Black lives, making me wish it ran longer or, you guessed it, was presented as a commentary, since that's essentially what it is. Just not for the whole movie.

Unfortunately I do not see this trend being reversed; as long as streaming remains the bigger draw, the studios will continue doing the bare minimum for the majority of their discs, and tracks will be increasingly niche. And then in twenty years Scream Factory or Arrow will do a special edition of Candyman that will have a track from a supporting actor or the cinematographer or someone, doing their best to remember specifics about something they made decades ago. It's a shame that that's the best we can hope for nowadays, but I'll always be grateful for the decade and change that they were practically a given. The "film school" lessons they imparted were invaluable to budding filmmakers who listened, and the group tracks gave us another two hours of entertainment from any number of films (any Kevin Smith and cast track is probably funnier than the movie itself). It seems that time is gone, and unfortunately there's only so much we can glean from the soundbites we get in featurettes that aren't much longer than trailers.

(Speaking of which, they often don't bother putting the trailers on the discs anymore, either.)

*They'd like to say they're ignoring BOTH sequels, but the film repeatedly refers to Daniel Robitaille, Candyman's true name which was only revealed in the first sequel, 1995's Farewell to the Flesh. It’s canon! Day of the Dead can continue to rightfully be ignored, though.