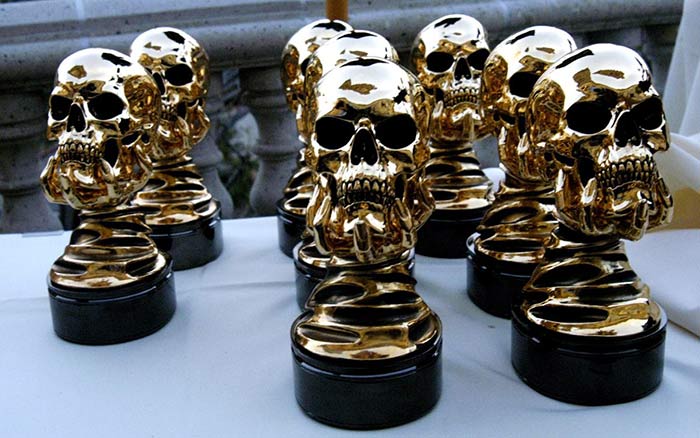 HOLLYWOOD, Calif. – Oct. 20, 2017 – America’s largest and longest running horror movie festival, Screamfest, awarded this year’s top movies, filmmakers and actors Thursday during the fest’s closing night. Screamfest, which ran from Oct. 10 – 19, 2017 at the TLC Chinese 6 Theatres in Hollywood, has launched careers – providing a platform for filmmakers and actors to showcase their latest work to horror film enthusiasts and general audiences.

ABOUT SCREAMFEST HORROR FILM FESTIVAL: Formed in August 2001 by film producer Rachel Belofsky, Screamfest Horror Film Festival is a 501(c)(3) non-profit organization that gives filmmakers and screenwriters in the horror and science fiction genres a venue to have their work showcased in the film industry. Among the numerous films that have been discovered and/or premiered at the festival include “Paranormal Activity,” “30 Days of Night,” “Trick ‘r Treat” and “The Human Centipede.” For more information, visit www.ScreamfestLA.com or email [email protected].